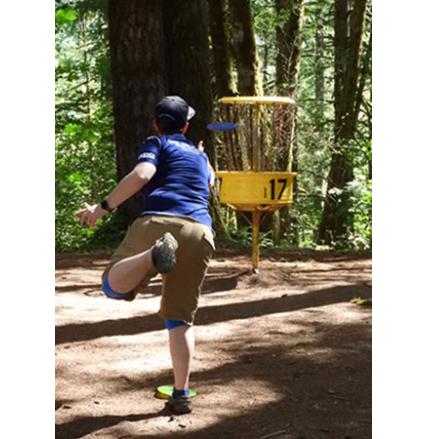 Chick Flick 11 Disc Golf Tournament that takes place at beautiful Horning’s Hideout in North Plains Oregon is in the books and was a huge success! There were 141 players including 14 juniors who took part in the clinics on Saturday and 137 players who came back Sunday for the two round PDGA tournament portion of the event. Many of the players & caddies were returners, but there were many that were brand new to the Chick Flick. They are now hooked, and can’t wait for next year. 11 years ago, yours truly TD & Next Adventure team member Cindy McMahan attended the Chick Flick for my very first disc golf tournament. That event hooked me on this great sport & community for life. 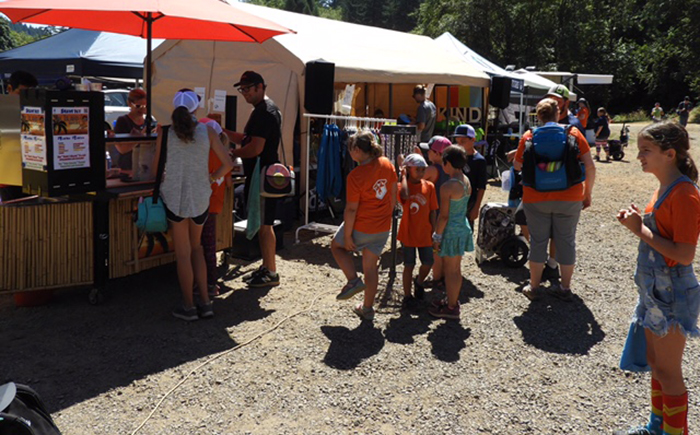 As always, we offered early check-in on Friday evening after some clutch volunteers helped set up tournament central. About a quarter of the players & registered caddies took advantage of the early check-in to be the first to pick up their player's packs that were packed full of awesomeness thanks to our many amazing sponsors. The players were able to choose three discs; a driver, a midrange, and a putter. Every player received a high-quality dri-fit tee shirt, pint glass, & mini disc thanks to Next Adventure who is our title sponsor and has been for all 11 years. Other awesome items in the player pack were a tube of Zanfel, Zing pico mini can topper & drawstring backpack to put the goodies in courtesy of the Chick Flick. 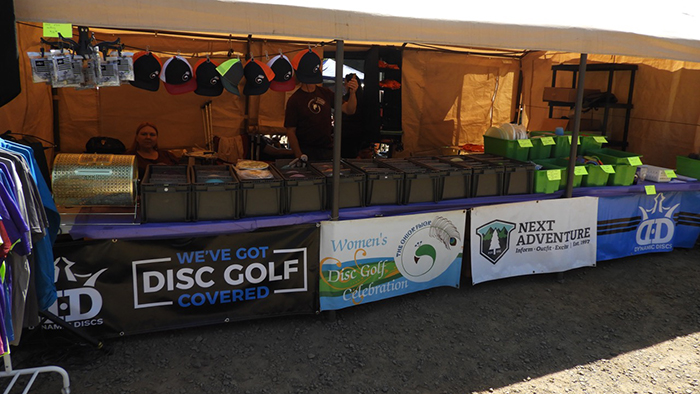 Players noticed that the clinics were a little different this year. Carie Coleman, our awesome staff member who heads up the clinics, restructured this portion for this year’s event. There were three stations that were staffed by about 20 volunteers made up of pro & advanced players from the event, and professional & advanced men from our local disc golf community. The players rotated through; putting, driving & approach shots. Each clinic had a skills challenge associated with them that a player could take part in. This new format was a lot of fun, and very well received. 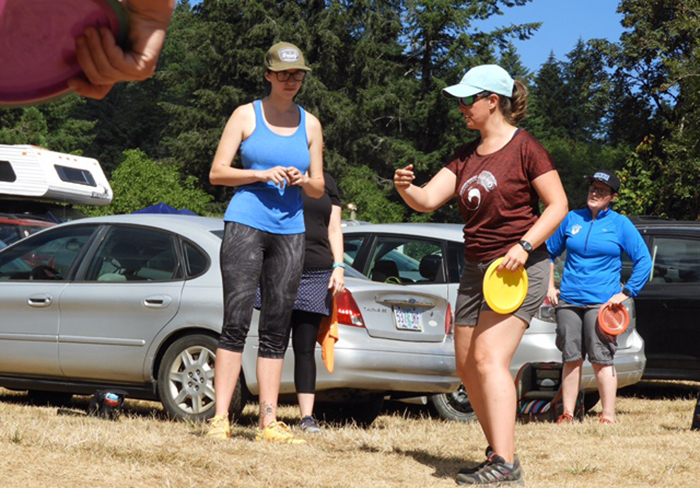 After lunch players could take part in a fun casual round where they had the opportunity to play with friends or new friends who were not in their division. Following the casual round, there was a fun KanJam tournament hosted by event sponsors Josh & Meagan Pierce of Independence disc golf. At dusk, players & guests could play a fun glow round hosted by Blake Ian & Heather Schultz. 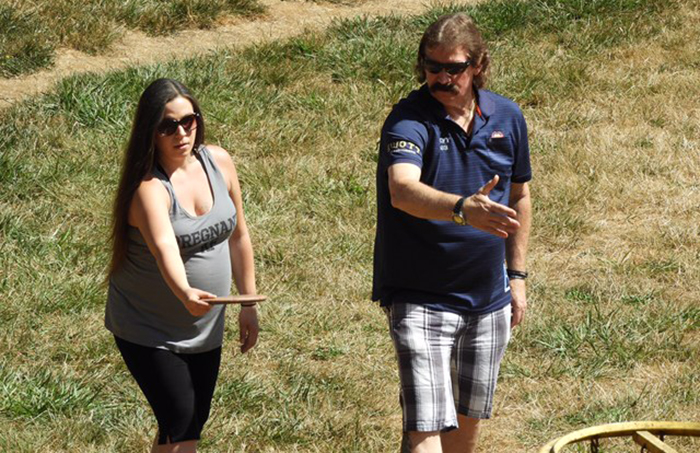 Sunday brought the final event of the weekend a two-round PDGA tournament. It was hotter than predicted, but Mr. Chick Flick (AKA Steve McMahan) & his crew of volunteers made sure that there was plenty of water on the course. As well, Jay Takashima & his Shave Ice cart were on site to offer some refreshing treats. After the first round players & registered caddies were treated to an amazing lunch hosted & donated by Kirsten & Chris Voyer & Cleste Scandiffio. The Yumm bowls were a hit with all. Along with the delicious Yumm bowls, there were some liquid refreshments provided by Hopworks Urban Brewery. Big shout out to them for supporting our event. There were some heated battles in several divisions in the second round with four divisions needing tiebreakers at the conclusion of the final round. Check out the final results here: www.pdga.com 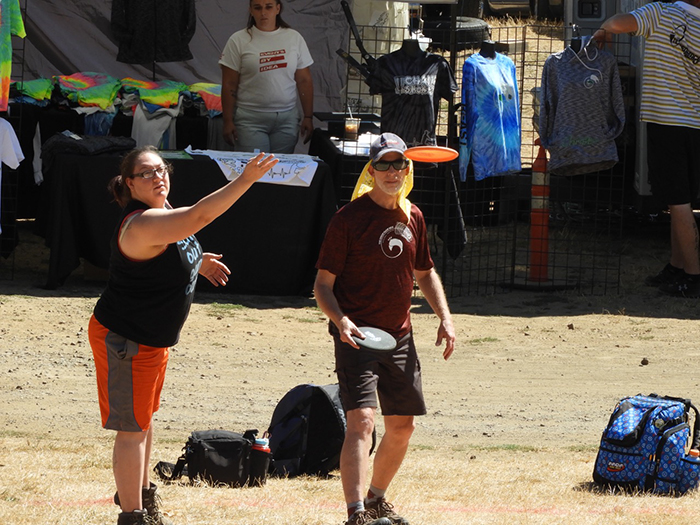 After the rounds concluded players & caddies took part in a fun Ring of Fire hosted by Josh & Meagan Pierce of Independence Disc Golf. Awards were then presented to the top finishers in each division. The awards ceremony was followed by some amazing prizes that were handed out to players & guests by our staff member Tanya Spence and her crew of little volunteers. These prizes were donated by our amazing sponsors, and thanks to our amazing sponsorship coordinator Julie Choate. If you would like to sponsor next years event contact Julie Choate at thechickflick@gmail.com. 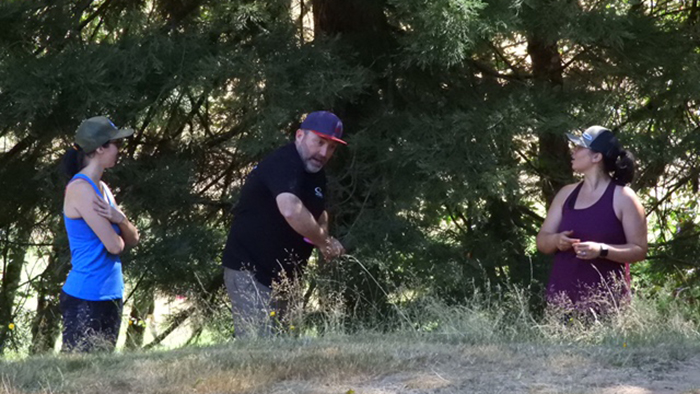 A huge thanks goes out to our title sponsor Next Adventure and our many other sponsors such as Stumptown Disc Golf, KEEN footwear, Bob Horning, Independence Disc Golf, Huk Lab, Dynamic Disc, Pound Disc Golf, Team Lat64’s Jason Pinkal, Zanfel, Hopworks, KAVU, KIND Bars, Proactive Sports, Hoo-Rags just to name a few. Also, huge thanks go out to the 40+ volunteers that help us put on this amazing event. 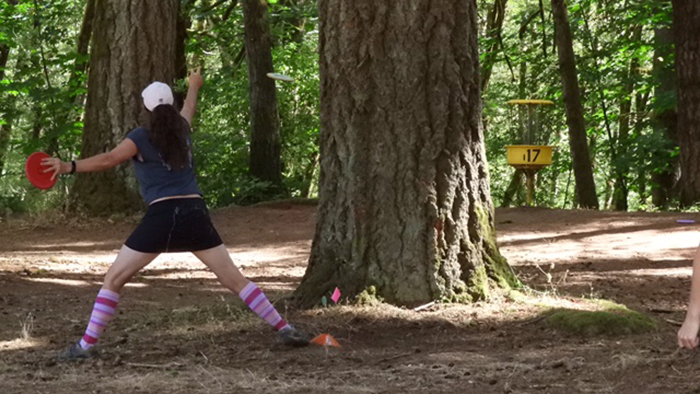 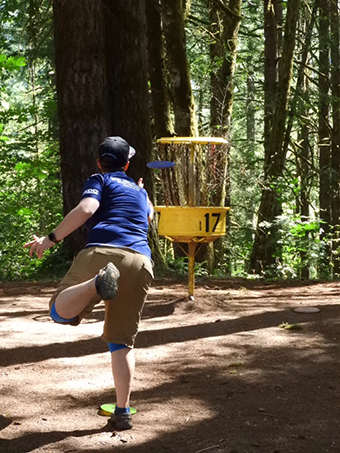 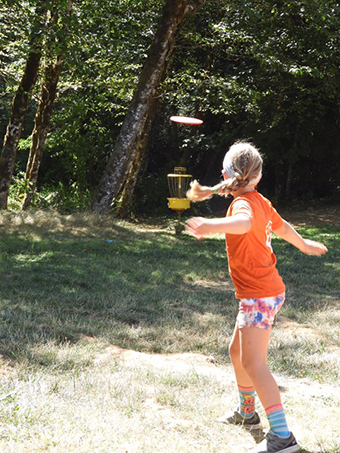 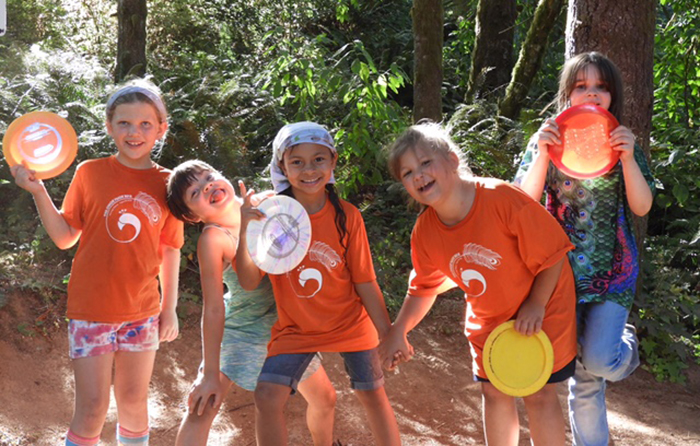 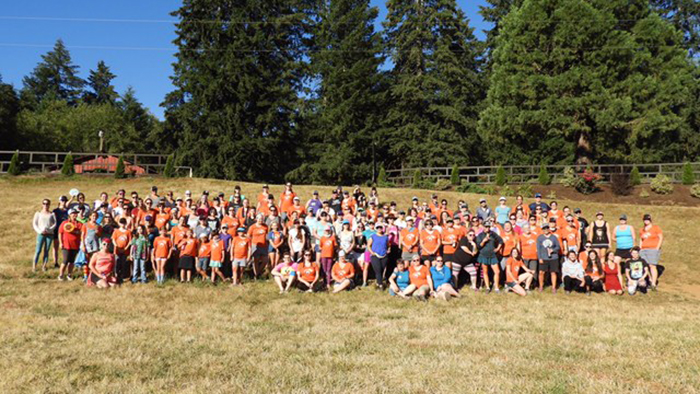 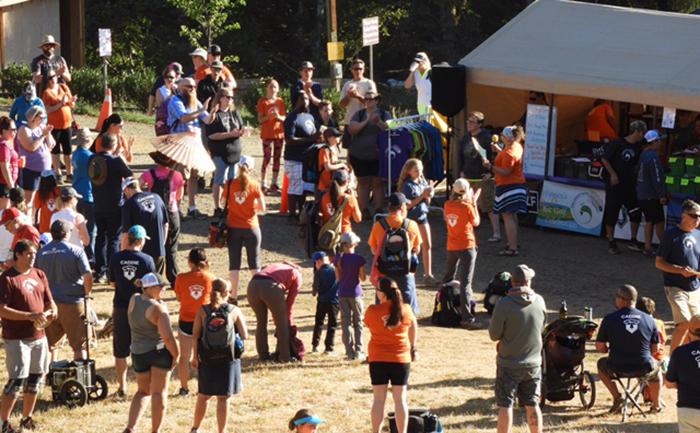 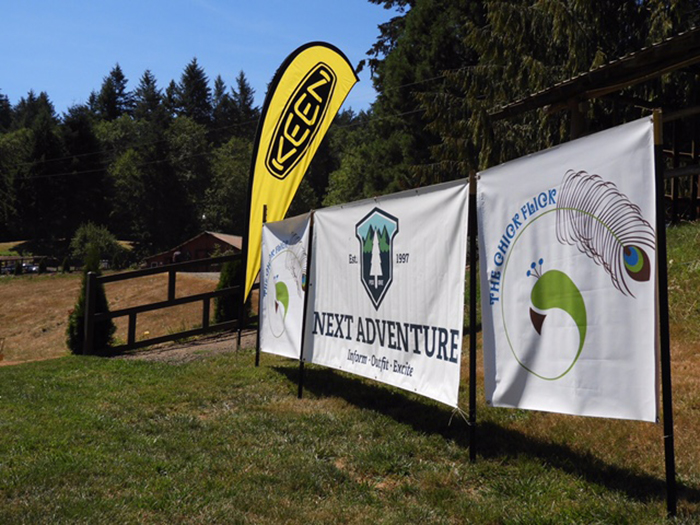