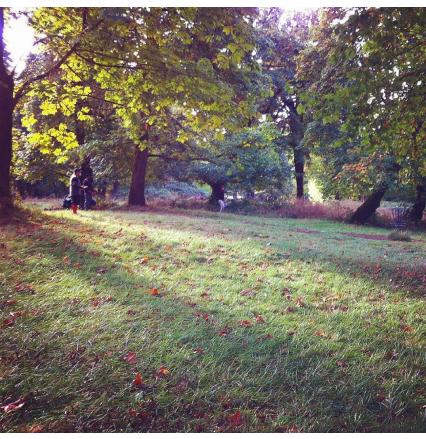 The Full Report: Over the past 4 or 5 five years that I have been competing in PDGA sanctioned events, I have had the opportunity to play everything from small, one day, C-tier events to National Tour events to Majors such as the US Women's Disc Golf Championships and the World Championships. And they are all amazing experiences that I cherish, but my favorite of them all is the Willamette Open, which takes place in Corvallis, OR at their two local disc golf courses: Adair and Willamette Park. The open is traditionally a B-Tier, has been an A-Tier, and maybe was just a C-Tier this year.

This tournament rates highly for me for many reasons. I enjoy both the courses due to their challenging nature without being too much of a beast that one round will take it all out of you. Both parks offer plenty of birdie opportunities for most players as well as difficult and lengthy holes that make you work for your par. The tournament traditionally takes place in October, which is my favorite month here in Oregon. Willamette Park is at it's finest and most beautiful during October with stately oaks dripping in old man's beard and big leaf maples just starting to turn to yellow. The Cherry on top for this event is that the awards ceremony takes place on Sunday at Calapooia Brewery in Albany... which means that no matter how I end up playing, I get to finish with a victory meal of Chili Beer and Tots. 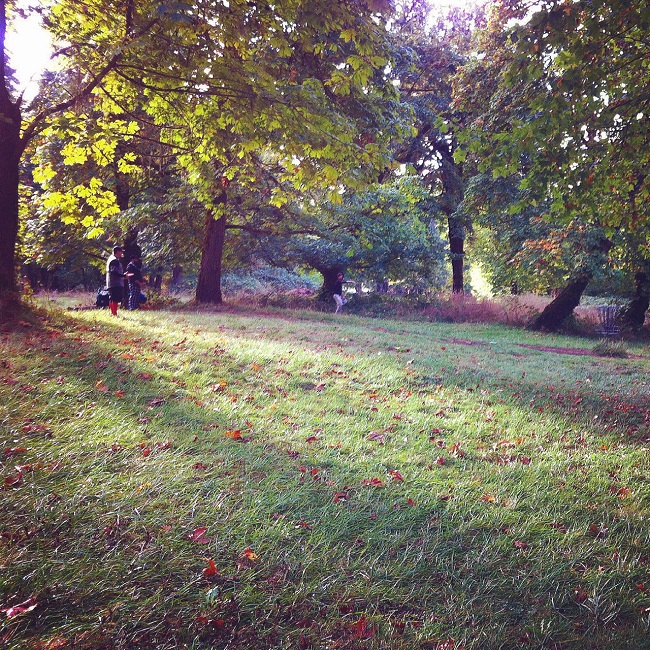 This year was especially excellent for me as it was the first year that my dad would be competing, too. And that meant a disc golf adventure with my pops, which is pretty much my favorite thing (I know, my dad really is my best friend, could we be any cuter?). Adding to that feeling of adventure was the fact that I would be competing, not in my usual division of Pro Women, but with the Intermediate Men, as no other Pro Women had signed up. This happens from time to time, but certainly not as often as when I first started competing, and most definitely not as often as it happens in other states and regions. And while it means that I won't be taking home a big fat envelope full of cash, no matter how well I play, there are some benefits to this circumstance anyway. I get to play in a large pool, competing with more people and I get to play with new people, and sometimes friends of mine I've made through playing tournaments, but don't ever get an opportunity to golf with. This year I played with some great guys, young guys just starting out and a couple playing their first tournaments ever who took every opportunity to ask me about rules and etiquette and for advice for playing tournaments, which was awesome! And I got to play with a couple guys who jumped up from the 3rd card on the final day to take 1st and 3rd place overall, and who have decided it's time for them to move up a division and play advanced. I love to see the sport growing like this, that at every level of competition in the event people are taking themselves and the rules seriously and striving to improve.

As far as where I finished, I ended up 12th out of 24. Right in the middle of the pack, taking last cash, which is, in fact, where I have finished every time that I have played in the Intermediate Men's division. Next time... I've got my eye on the top of the second card. My dad, playing in the Advanced Senior Grandmasters division (age protected, for 60 years +), held the lead through his first two rounds on Saturday, and then had a rough day Sunday and lost his two stroke lead and ended up taking second.

Dion Arlyn, who normally has a hand in running this event, passed the reigns over to two new Tournament Directors and spent all his energy focused on successfully defending his title. It was his first repeat win and he earned it after all the time and effort he put into the event over the last several years. And kudos to Aric Baily and David Malcolm for running a great first event. I know there were snafus, and Aric was disappointed I didn't have any womenfolk to play with, but the important thing is that it happened, it ran on time, the courses were put into good lay outs for tournament play, and I got chili beer and tots.

I look forward to competing again and seeing everyone next year! 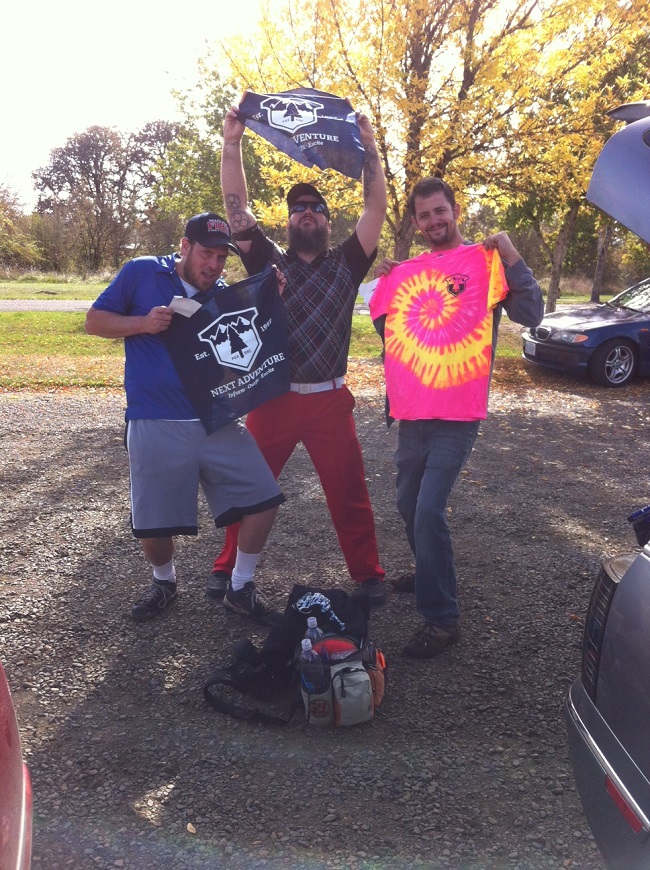