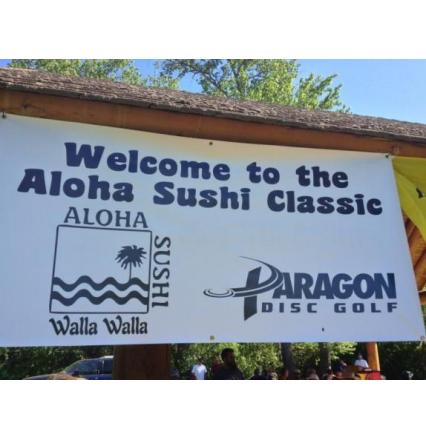 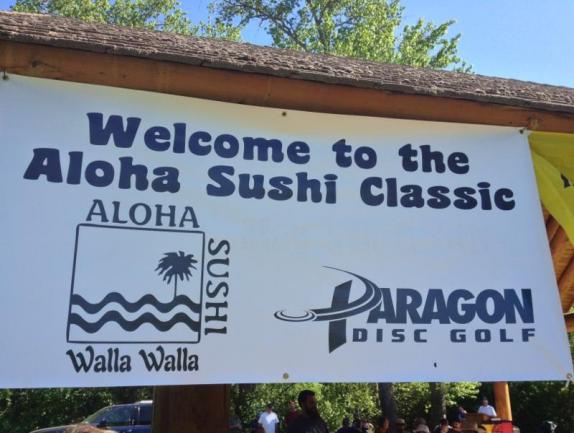 The Flight Crew once again headed up the majestic Columbia River Gorge for the 2013 Aloha Sushi Classic.  Traditionally the ASC has delivered great weather, fun courses and an overall good time.  This year proved no different.  Some of us made the trek eastward on Friday morning, arriving in Walla Walla on a brilliant sunny afternoon.  We went straight to the course to check things out, learn the lines and get in some practice for the big event on Saturday. 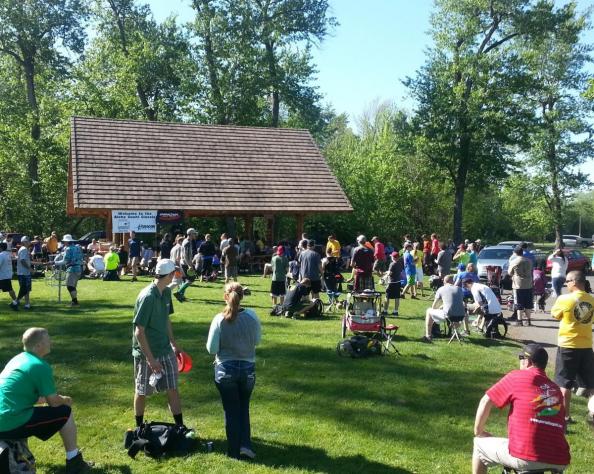 Saturday morning arrived and all the players gathered around to get things kicked off.  It was a beautiful sunny morning with a bit of chill in the air and no wind….yet.  Looking at the weather forcast Friday niight showed there was a good chance of high winds coming in during the day Saturday which could change everything.  Before the start of the competition the tournament director gave his speech, went over the rules, thanked all the great sponsors and then sent everyone out to play.  Half way to my starting hole it was like a switch was flipped and 20mph gusts started up as if on cue for the start of the round.  For everyone involved, It was time to make sure you thoroughly thought through the shot,  committed to it, and then prayed it would work out.  Most of my shots worked out, but I just couldn’t find any birdies and ended up in the middle of the pack of the Pro field.  Pro Flight Crew member Ryan Gwillim shot an awesome 1016 rated round, putting him on lead card for the second round.  Like myself, Flight Crew’s Joey Moro couldn’t find the birdies and found himself in the middle of his division. 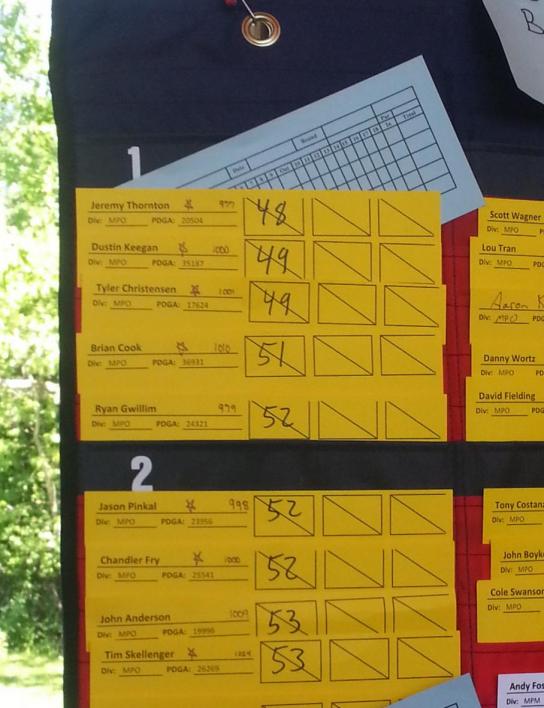 The Lead Card after the first round

After a super-quick turnaround at lunch, round two got on its way and the wind seem to get even stronger.  The wind definitely took its toll on me physically and mentally, and my round reflected it.  The gusts were so strong I threw a super overstable firebird which held a straight line for three hundred feet before being slammed into the ground by the wind.  Picking a shot and trusting it was the name of the game, and some did it much better than others.  Ryan once again came in with a solid 1013 rated round to keep him within striking distance of the lead going into the final round. Ryan prides himself on his form and was a magician in the wind.  Great shooting Ryan! 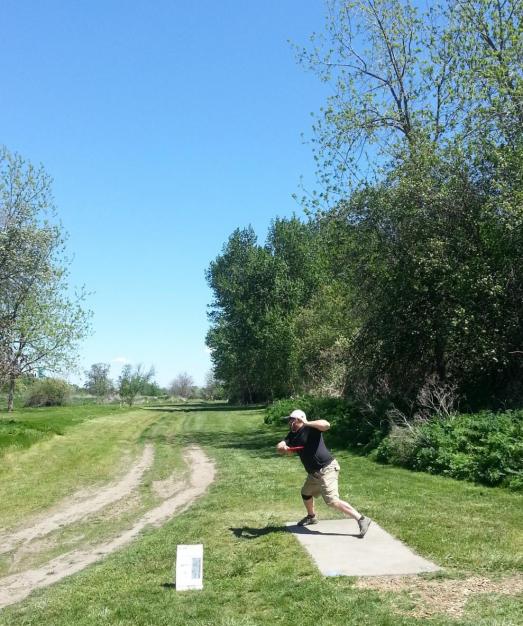 Saturday night found the flight crew and other Portlanders celebrating Cinco De Mayo a night early.  We hit up El Sombrero (which pdx’er Jason Pinkel informed us is Spanish for “The Sombrero”…thanks Jason) in downtown Walla Walla.  The table was littered with good food, Margaritas, and Joey and Tim’s Consuela bowls.  Um….Consuelas….really?? Nobody got too crazy this year and most of us retired early enough to get a few hours of sleep before round three in the morning. 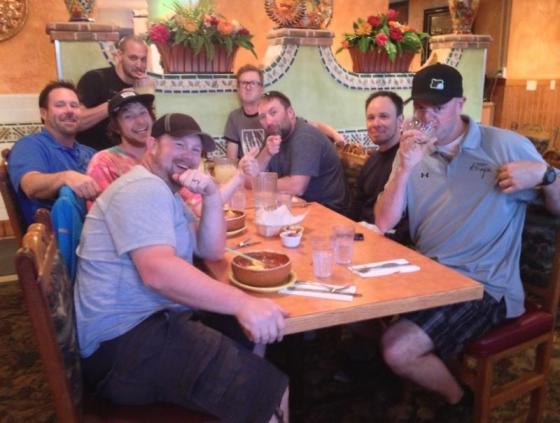 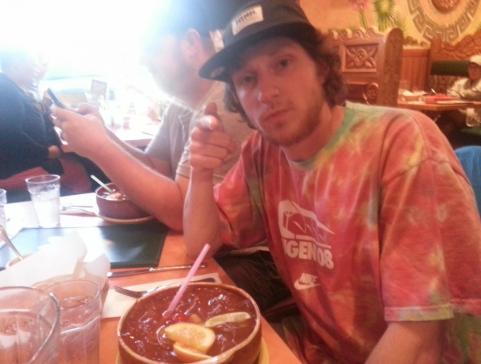 Don't mess with the Consuela

Round three saw even warmer weather, more sun, and a lot less wind.  The Flight Crew all had solid rounds with Ryan staying in the top 10 and taking home some cash!  Joey shot up the ranks and finished 5th in the Advanced division.  As for me, let’s just say I had a lot of fun and put together some decent but less than spectacular rounds finishing up in the middle of the field. 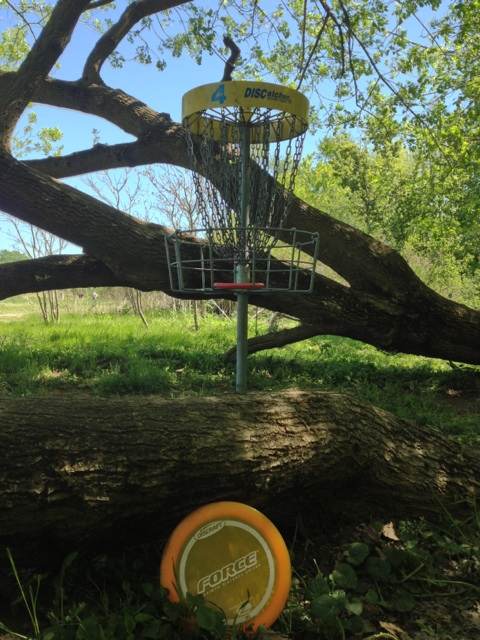 We would like to thank Kristopher Bland once again for putting on a great tournament and making it well worth the drive to play this great Spring event!  Both Ryan and Joey kicked off their season a few weeks ago at the Disco Ball (you can read about it here), but for me it was the kick off to my season and I couldn’t be more excited for some great upcoming events including the Rose City Open in just a few short weeks!!!  A big thanks goes out to Next Adventure for continuing to support disc golf all over the Great Northwest as well as the Flight Crew!