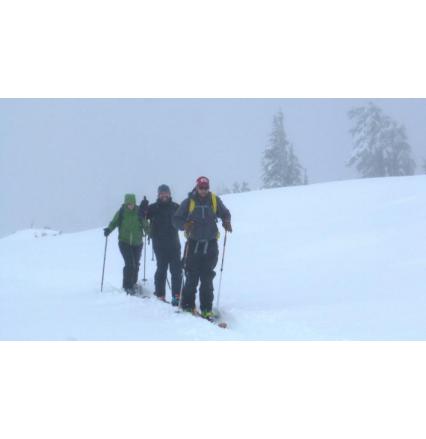 Here comes the snow!  Higher elevations are getting accumulations deep enough to ski. So far, it looks like the resorts are on track to open by Thanksgiving.  Timberline is reporting a 16 inch base with 8 inches of new snow.  Andrew, Troy, Jo and I returned to Timberline Lodge this week to make our first turns of the season.  They skied Alpine Touring gear and I was solo on my back-country Nordic skis. 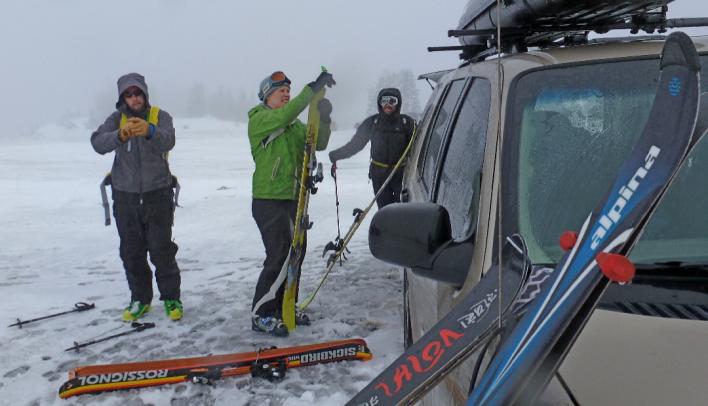 It was above freezing, foggy and drizzling when we arrived.  We geared up for wet winter conditions, and started skiing up the hill. 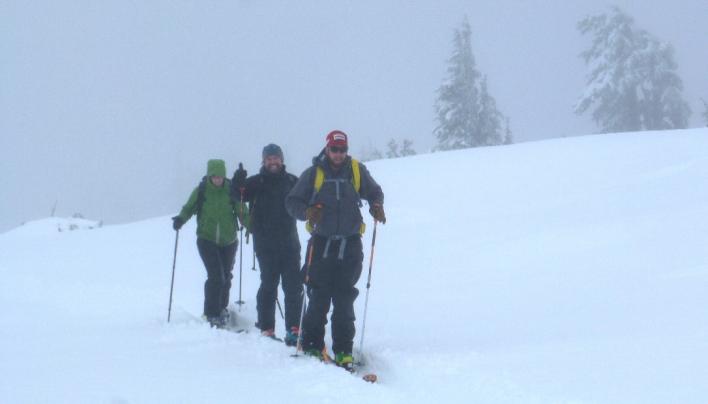 I peeled off from the group around 6300' feet and contoured around to the west as the others chugged on up the mountain.  Visibility was close to nil at times, the broad white landscape giving few cues for orientation.  I dipped up and down a few gullies and climbed up to 6500 feet before switchbacking down and paralleling the Pacific Crest Trail back to the lodge. 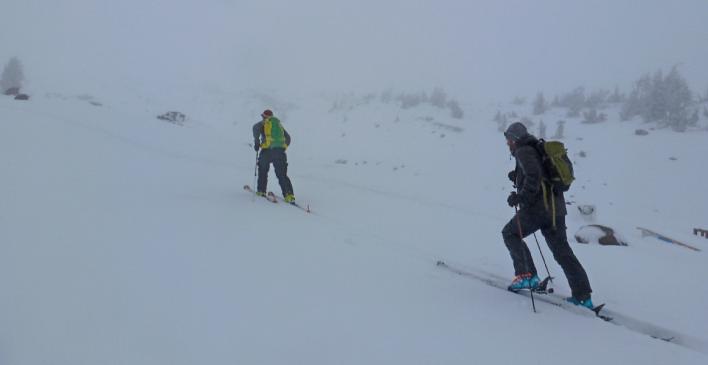 Compared to the heavy AT gear the others were using, the waxless cross-country skis I was on didn't require climbing skins, were lighter, had more camber, and provided me with more glide.  Also, my boots were more like supple hiking boots than stiff, plastic-shelled ski boots.  Going uphill or across the flats, there was no doubt that my Nordic set-up was nimbler and faster than the AT set-up.
However, AT gear is far superior for going downhill. Both binding systems are free-heeled -- hinged and attached to the ski only at the toe, allowing for easier climbing.  But AT bindings and boots convert to alpine bindings and boots when you stop climbing.  Lock down the heel and the ankle for a full-on downhill skiing experience. 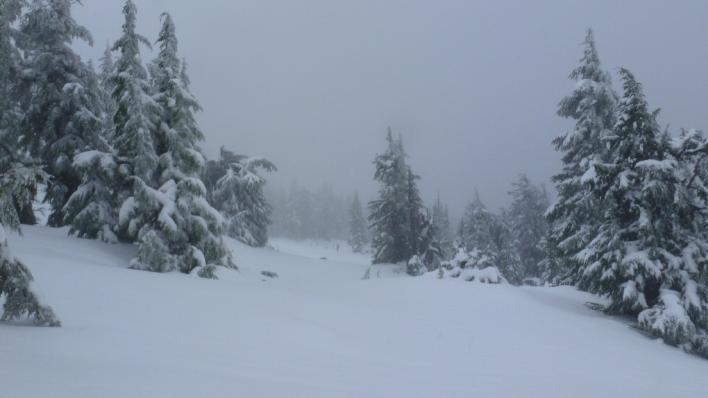 Hazy gray trees appeared and vanished in the fog.  Rain turned to icy sleet, and finally to snow.  My gloves and outer shell were almost dry by the time I met up with the others in the lodge.  We shot down to Charlie's in Govie for beer and a burger to go along with reveling in the day's outing.  Low visibility and near white-out conditions made for some thrilling experiences, with surprise ups and downs here and there. We compared notes on staying warm and dry while skiing in the Cascades, but best of all, we got in our inaugural runs and made first turns for the new winter season. 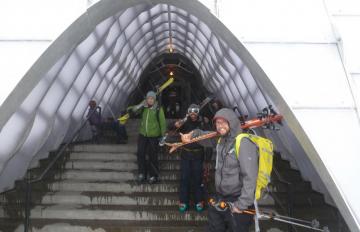 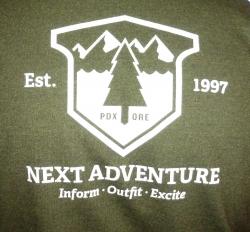 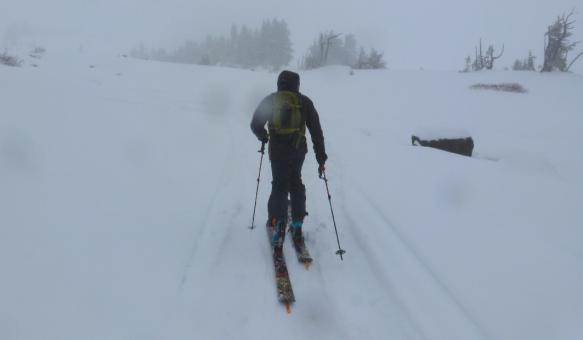