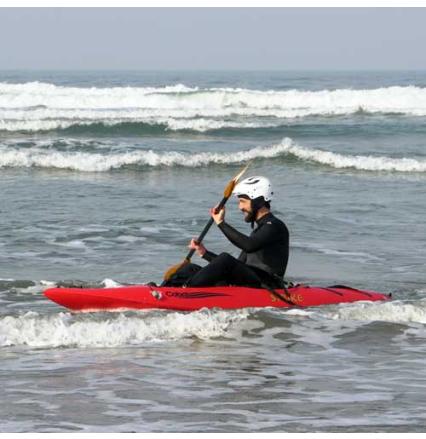 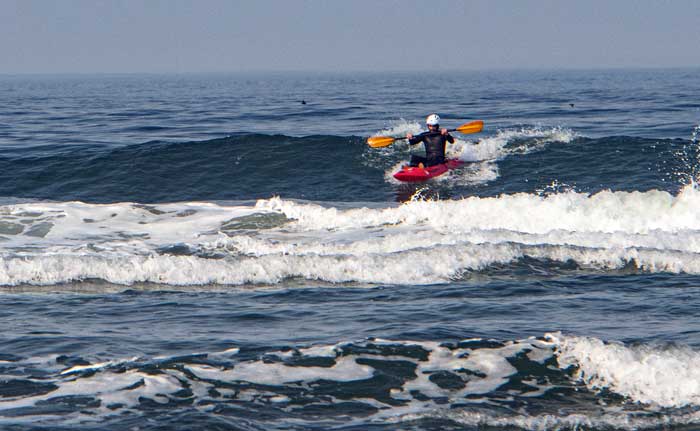 The Cobra Strike is a "Sit-on-Top" surf kayak meant for surfing ocean waves. I've spent plenty of time surfing in the ocean, but this is only the second sit-on-top surf kayak I have used. The other popular one that is similar in class would be the Dagger Kaos. 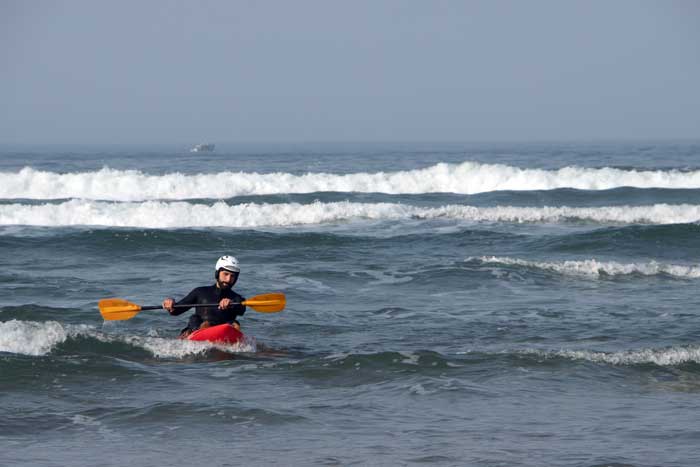 The first thing I appreciated about the Cobra Strike is how light it is. It comes in at 34 lbs. which makes it easy to put on and off the car, and a breeze to walk down to the beach. It also comes with a backband, foot straps, thigh straps, one fin, and a dry center hatch. The strike is 9' 5'' long, which I'd say is the ideal length. 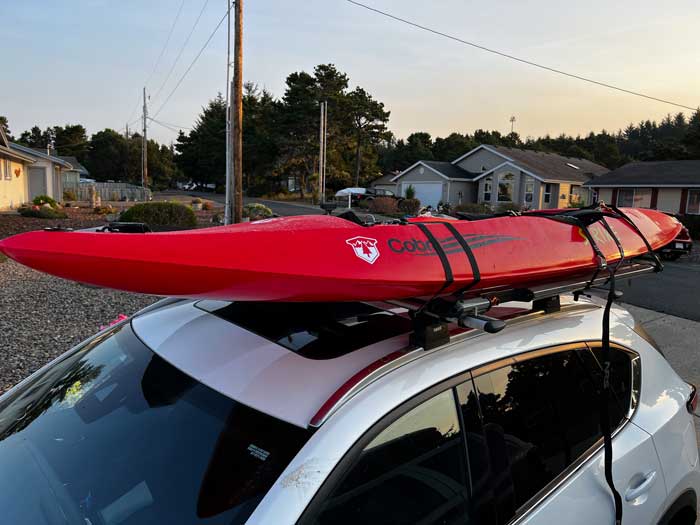 I was pleasantly surprised by the on-water performance. The shortened length allowed this kayak to be quite maneuverable on a wave. The hull shape is slightly rounded towards the chine which allowed me to lean farther out while carving and placing rudder strokes down the face of the wave. The kayak itself had good primary stability, though there is a point of no return when it comes to the secondary stability. The lack of bow rocker was one thing I thought could be improved upon with this design. While the longer water line makes it faster on a wave, it also makes it more likely to pearl (bow goes underwater) on a wave while surfing. This led to a few good thrashings out there! 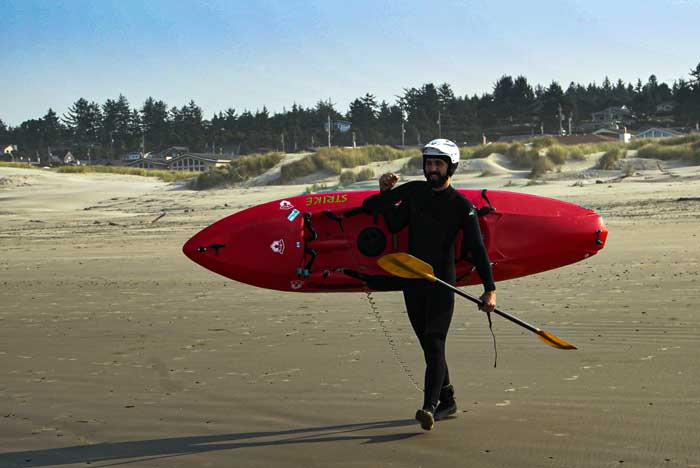 Overall, I had a really good time in this boat and was surprised how well it surfed. I think this boat could be a great fit for both beginners and experts. The fact that you don't need a skirt makes it quite accessible for folks who don't know how to roll. For those who do, you can easily pull it off with the thigh straps. 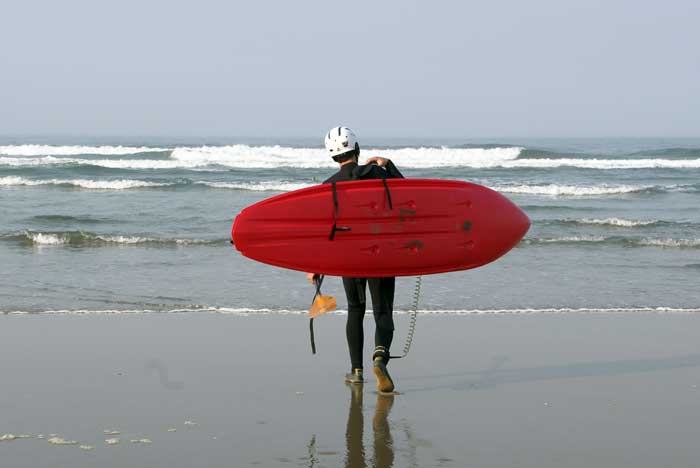 The last thing I'll say about this kayak is that you get what you pay for. The construction on this kayak matches the price. All the pad eyes for the attachments are plastic. The thigh straps were slipping on me and not holding the tension great. And the round "dry" hatch in the center was not super dry, so I did have to drain the boat after the surf session. Some of these things could be fixed with minor modifications, and none were a deal breaker, but I thought it'd be worth mentioning.