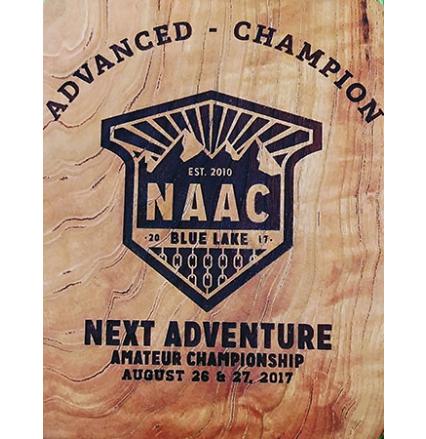 The Next Adventure Amateur Championship disc golf tournament for 2017 is in the books, and the 7th year of this amazing tournament did not disappoint. The NAAC crew TD Steve Carson, Ryan Gwillim, Brian Heath along with title sponsor Next Adventure put on yet another amazing event. 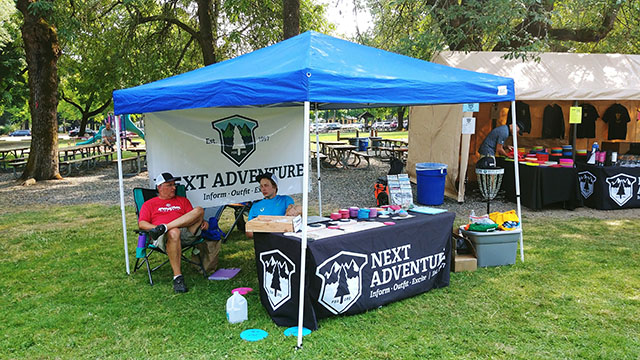 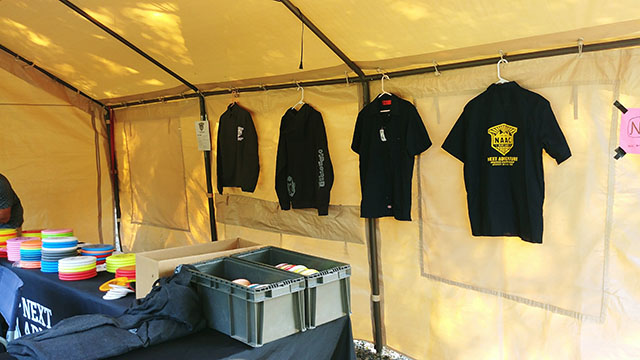 After players first rounds they were able to pick-up their player packs & enjoy some lunch provided by Next Adventure. The NAAC player packs are always awesome, and Lucky #7 did not disappoint. All players received 3 discs with the awesome Lucky #7 NAAC graphics, a jacket, a hydro bottle, Next Adventure 20th Anniversary pint glass, flask & mini. 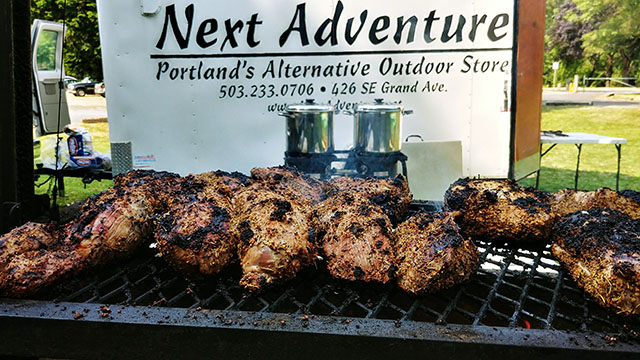 In-between rounds players could play some Kan Jam, mini golf on the 9 hole mini course or take on the putting challenge that was set up & run by Next Adventure's own Stephen Sines. Players & spectators could enjoy these activities all weekend. 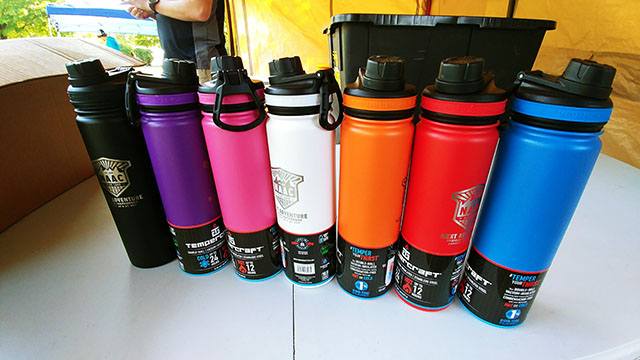 There was some fierce competition in all divisions at this years event with Eric Henderson taking advanced men by 3 strokes, Karlie Sanders took down advanced women by 6 strokes with Next Adventure’s own Tanya Spence holding down 2nd. Adam Fletcher held off James Huestis by 2 strokes in advanced master men, George Bodiroga took advanced grand master men by 10 strokes, and Kyle Lorts was victorious in intermediate men by 2 stokes. 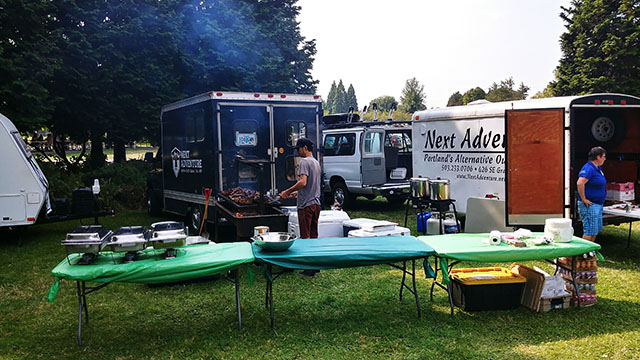 After the rounds were completed the party started with Next Adventure putting on their traditional feast of BBQ tri-tip & pork loin along with some liquid refreshments. Bryan Knudsen & his crew put on an amazing feast that did not disappoint.

This years tournament wrapped up with a ring of Fire & prize drawing where participants won some amazing prizes. Winners were crowned & with that Lucky #7 NAAC is in the books, and I can't wait for NAAC 8#! 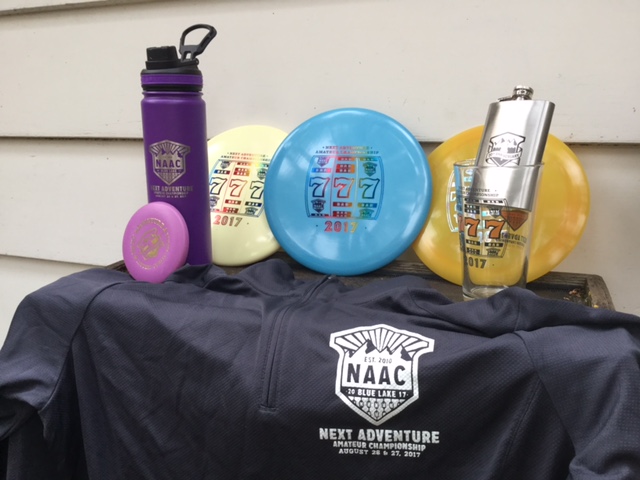