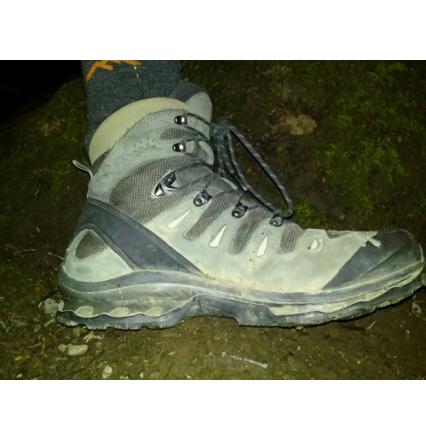 --Test Information--
Location of Test: Trails (and not) the Olympics the Steins
Duration: 2 years

Full Review: I bought the Salomon Quest for demanding use on abusive terrain, and it has surpassed all my expectations. It is light and flexible enough to allow for natural foot movement, but gives enough support and protection for steep, rocky, or wet hikes and backpacking trips. When I was first breaking in this boot I took it on some easy hikes in the Columbia River gorge where I could have have used a light trail shoe. The Quest was nimble right out of the box and broke in to my foot’s shape very quickly. I was especially surprised to find how sensitive and responsive it was: quite an improvement over the clunky, stiff boots I’ve owned in the past. 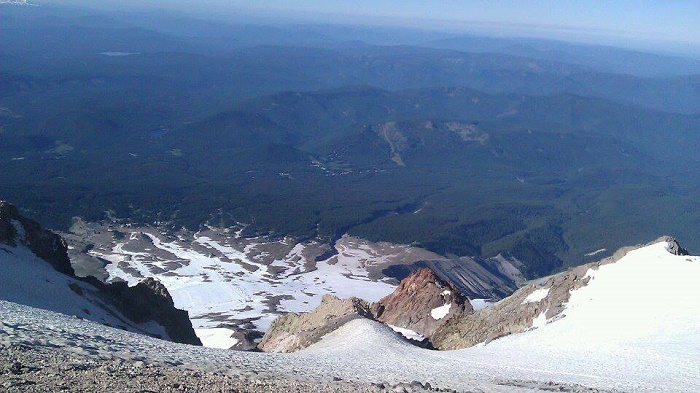 View from the top of Mt. Hood.

After some harder and harder hikes, I was determined to find the limit of this boot. It performed well under all the test I could put it through until I tried to climb mt. Hood. The waterproofing performed fine and the grippy sole held tight to the iciest hard patches, but the absence of a stiff shank made for some scary moments on the final steep pitches to the summit. I would not recommend this boot on anything more technical than St. Helens. 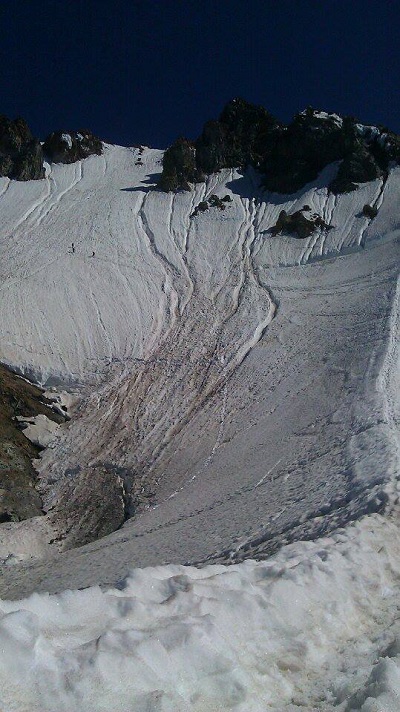 Quite the scary climb to the peak.

The flexibility of the Quest, while not ideal with crampons on steep snowy slopes, is part of what makes it so usable in most other conditions. Salomon makes trail running shoes that focus on ease of movement over complex trails and allow for quickness and agility. They took that same concept to the Quest, adding the protection necessary for demanding terrain without sacrificing freedom of movement.

I’ve found that the environment where the Salomon Quest is most at home in central Oregon’s high desert. I hiked in the Quest in the Deschutes National Forest and in the area around Broken Top last fall, and found it perfect on and off the designated trail. It was tough enough for shale and lava rock on steep hillsides, but was light enough to not be a burden-a real feat in the thin mountain air! 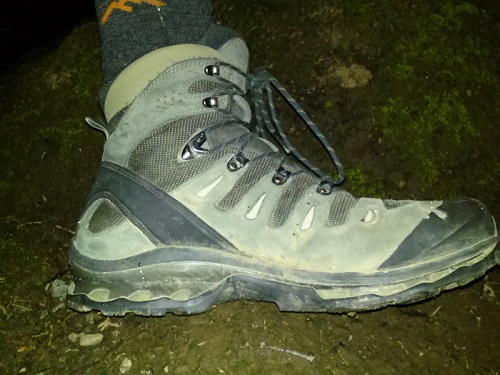 The Women’s equivalent of the Quest is called the Comet, and it’s construction varies a bit from the men’s version. It’s worth mentioning that Salomon designs all their women’s shoes working with women’s feet from the concept up: they don’t just make some adjustments to the men’s boot then add pink accents. The under-foot construction is designed to move more naturally with a woman's foot, and the upper is a hair shorter around the ankle for easier mobility while still giving plenty of support.

If you’re looking for a light boot for working on the ranch or a quick hiker that gives plenty of support, the Salomon Quest or Comet is a great option. I’ve had this boot for two years and I expect to get many more out of them.

The Bad: It’s not cheap

The Bottom Line: This is a butt-kickin’ good boot for anyone who want’s to move over demanding ground.