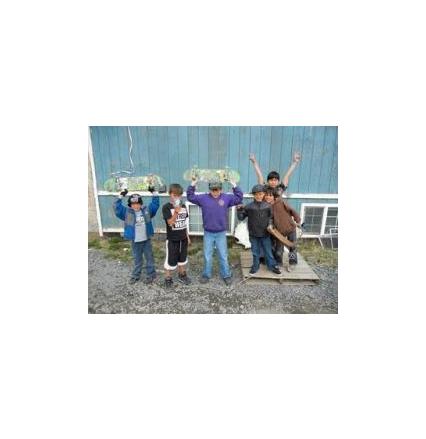 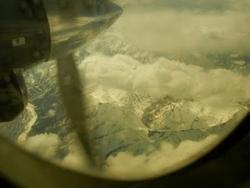 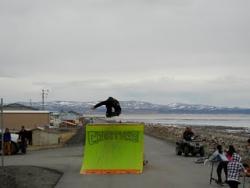 Next Adventure Team rider, Willis Kimbel, recently got back from Unalakleet, AK where he was skating, filming, building a quarter pipe with the locals and living the Hammock life. Unalaklee has some of the most rugged and harshest conditions. It is inhabited by 600 people whose doors mostly remain unlocked. There's no driving or getting to any other village except by airplane and the towns one road was paved just last year. Its unreal to skate the one road in the middle of this gnarly   wilderness. Thanks to Willis for sharing his adventures with us. 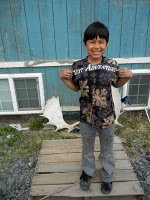 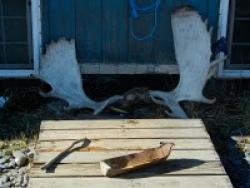 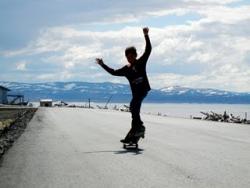 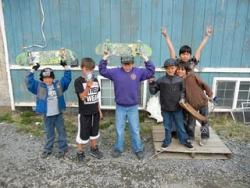 (L. photo) Native Manual. This kid was tough as nails. Watched him roll down a rocky hill for fun.

(R. photo) Some real kids. Half of these kids had already hunted and tanned grizzlies. One of them felt that after I gave him a sticker, he would call it even by giving me a walrus tooth from his most recent expedition. 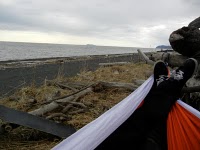 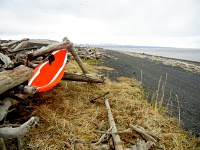