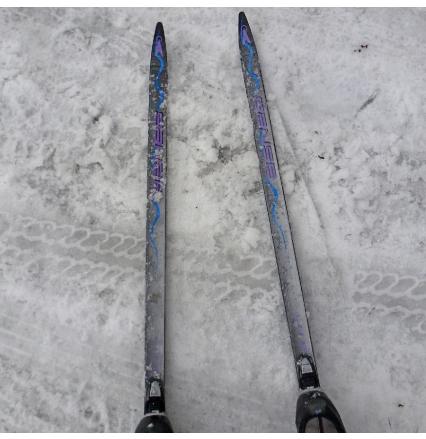 - When the Mountain Comes to You - 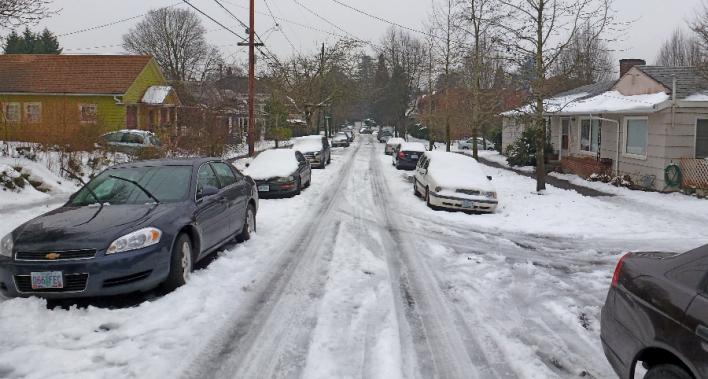 Snow fell in Portland, and just about everybody got a snow day or two out of the arctic blast.
It doesn't happen all that often in the Willamette Valley, but every 5-7 years, enough of the white stuff sticks around to turn the city into a winter wonderland.  This time, it stuck around all weekend.  [The last big one was December  2008 - for more information, see this Oregonian snow history article.] 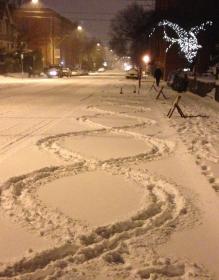 Folks flocked to Mt. Tabor and the other steeper slopes in town for some downhill action.  Cross-country skiers were out in droves along the sidewalks and streets of the city.  Families were out for winter strolls, pulling the kids along in sleds.

Snow started falling ahead of schedule, with the first flakes drifting down Thursday afternoon.   Snow fell steadily for hours, and at least two inches covered the ground, whipped by arctic winds into deeper drifts.

Next Adventure customers were buying up used cross-country ski equipment left and right, along with headlamps and red blinker lights.  No matter how they got to work that morning, they were skiing home!

The snow on the ground had doubled overnight.  Next Adventure ran out of rental cross-country skis by 11 a.m. Friday morning.  And the snow continued to fall.  Most businesses closed early, but Next Adventure staff were there to outfit our customers with snow shovels, sleds, saucers, traction devices, snow boots, cozy-warm apparel, snowshoes, skis, snowboards, and all of your outdoor winter needs!

I skied home from Next Adventure Friday night. 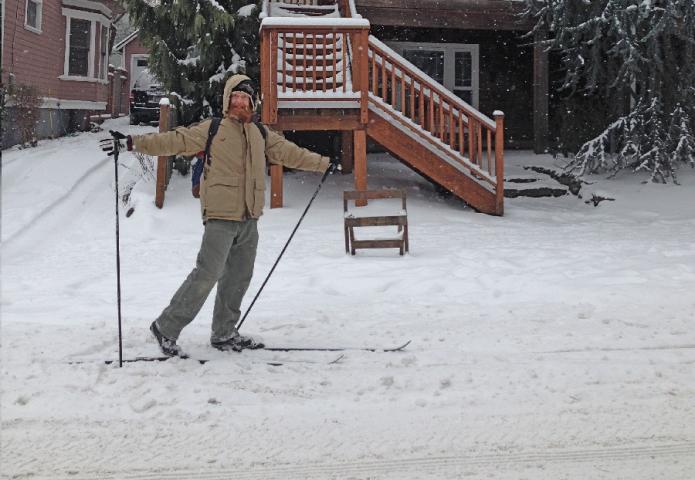 The snow was fresh powder, and the wind had calmed, which made for a nice skiing experience.  Then on Saturday, I went out for a real urban ski adventure, seeking out parks and open spaces to make fresh tracks.  The snow was still soft on Saturday, but as the day progressed, it got a little sticky in places, and the hard-packed areas were getting icier. 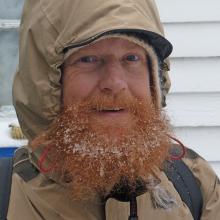 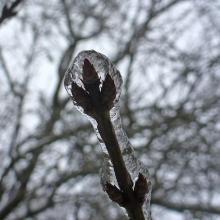 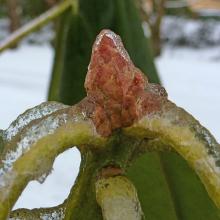 I had a good rim of ice in my beard by the time I got back home.  Plans for another ski adventure later that afternoon were quashed when freezing rain began falling.  We curled up with hot cocoa and played games in front of the fireplace for the rest of the day.

Sunday's conditions were less than ideal.  A half-inch sheet of ice covered everything, making it slick and crunchy.  I about gave myself whiplash three times in as many minutes when first I stepped out that morning.  By that afternoon, the thaw had begun.  Everything was dripping, and the ice was falling off the tree branches.  Another good day to curl up in a warm house. 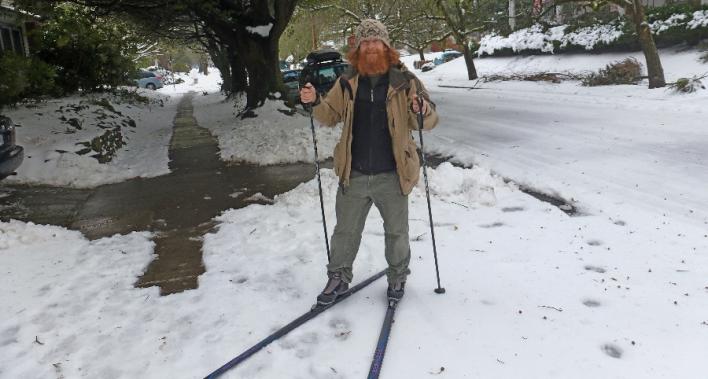 By Monday morning, the icy crust had softened, and I got out for another good ski around town, through Laurelhurst Park  and Lone Fir Cemetery.  I had to take off my skis to cross major thoroughfares, but so long as I kept to side streets, there was plenty of good soft snow to ski on.  It had warmed up to just above freezing, and was a bit misty and foggy, but that only made it more magical.  I saw no other skiers on Monday, but I did see some sledders in the park.

The long, old beater skinny skis I was on made for an extra challenge - I've been spoiled by years of bigger, wider, side-cut skis with metal edges.  Great basic skills practice! 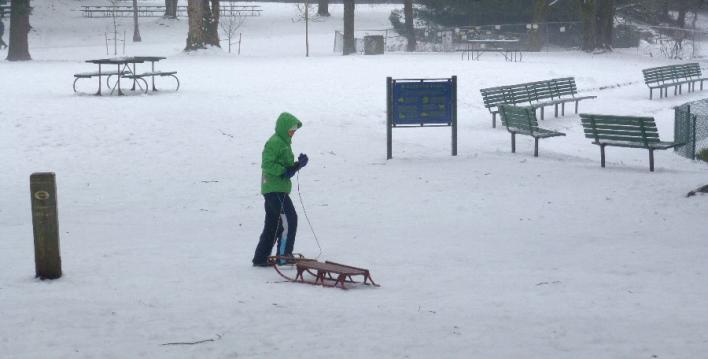 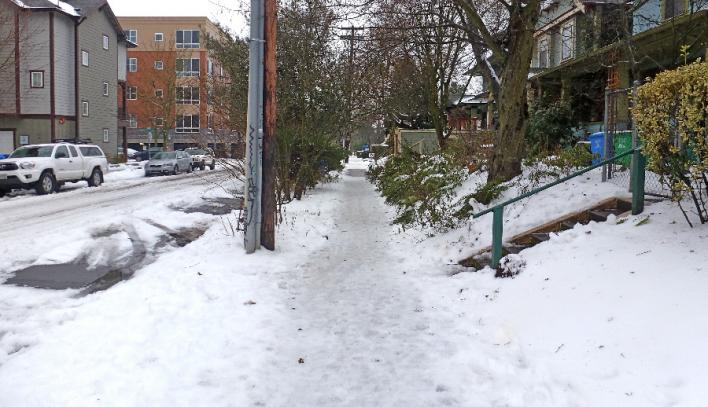 Were you ready for the winter blast?

Continuing our mission to inform, outfit, and excite, Next Adventure Outreach is offering a clinic on Winter Camping tonight (Tuesday 2/11) at the Grand Store (426 SE Grand Ave., Portland, OR) starting at 7:00 p.m.  We'll discuss the basics of staying warm, comfortable and dry while out playing in the snow for extended periods of time, layering for active snow travel, snow shelter construction, tips and tricks about freezing and melting water, and how to make your outdoor winter experience more fun!

Even though the rain may be washing the snow away in the valley, there is still lots of new snow at elevation.  Next Adventure Outdoor School has more Winter Trips scheduled this season:  Join us February 15th or March 9th for Snowshoe and Cross-country ski tours.
Find out more at nextadventure.net/outdoor-school

See you at the store or out on the snow! 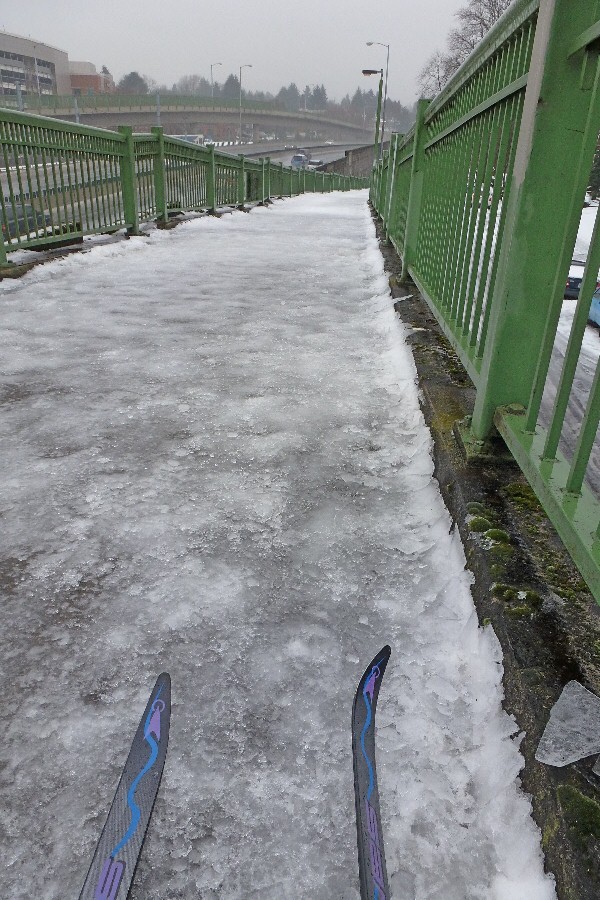