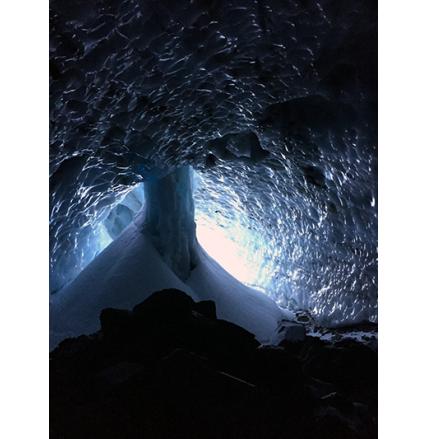 The Report: I have been reading about the Sandy Glacier caves for some time and never really appreciated just how ephemeral they are until I heard about the partial collapse of Snow Dragon, the largest of the network, which occurred last month. At some point last Friday, after consulting Slagle about his trip up to McNeil Point earlier in the week, I knew that I had my window. I rented all the gear from the basement and left Portland at around 20:45. They say that night hiking to glacial caves alone isn’t really the best plan, but I knew I had to get to the caves before the sun arrived on the western slope of Mt. Hood. As such, I departed Vanna White upon arrival around 22:30 (for you number crunchers at home it’s a 92 Previa, not the fastest in the fleet). The first two to three miles of the hike were pretty mellow. I was excited to be night hiking again as it always adds a sense of risk to even basic ridge walks like the one I had embarked on to sleep at the McNeil Point Shelter. 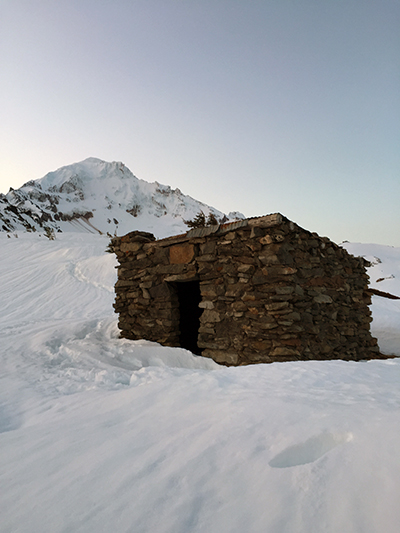 But the hike was mellow… too mellow… and as I stood in the bed of the Muddy Fork I pulled out my map. BOY HOWDY was I in the wrong place. My choices were then laid out before me fairly plainly. I could either go back to where I missed my turn (less than a mile from the trailhead) and walk the ridge, or I could go off trail in the middle of the night and climb 650 feet in less than a mile due North (always bring a compass) to the trail I was supposed to be on. Before I left that night, Seth had told me specifically not to end up in the newspaper, so I had a voice of reason. After about a hundred feet of backtracking however, I ate some trail mix, and began to send it up an annoyingly steep slope, in annoyingly deep snow, for an annoyingly long time. 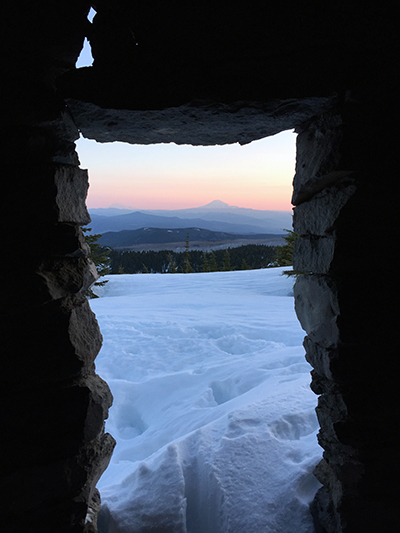 When I finally reached the Timberline trail I was not very far from the McNeil Point Shelter and did not stop until I got there and crawled into my sleeping bag. The next morning I woke with the sun. Feeling like an absolute savage I put on my crampons and easily traversed the Sandy Glacier to since collapsed entrance of Snow Dragon. After some exploring and drinking from the glacial stream inside, I made my way to Pure Imagination. My morning elation that was tied to my rugged individualism took a hit when, upon entering the second cave, I saw a tent, in the cave. I do not recommend sleeping in a glacier cave, but damn it looked cool. 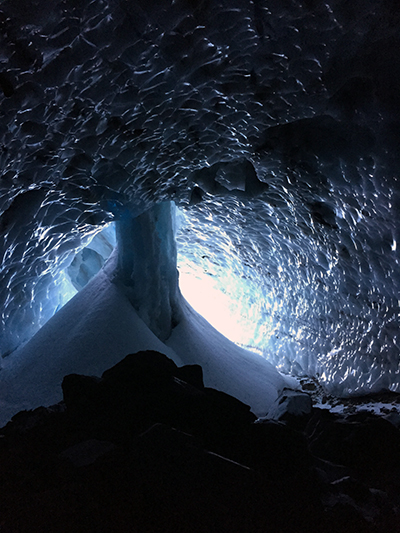 After some time taking photos and being in sheer awe of the ice structure that was around me, I made my way down to the shelter, and on to Vanna. 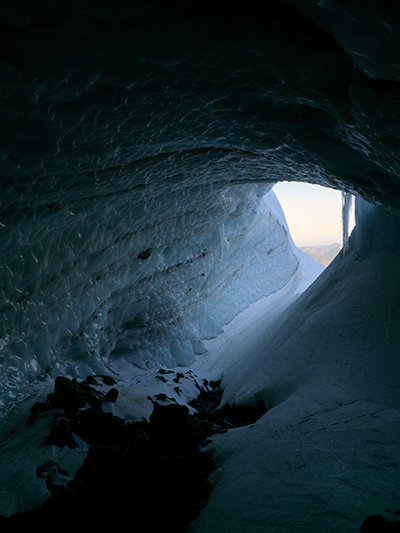 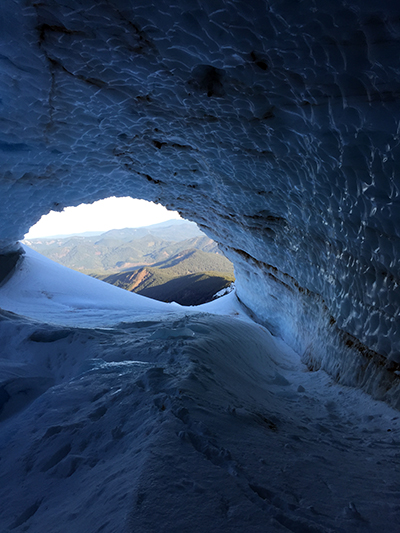