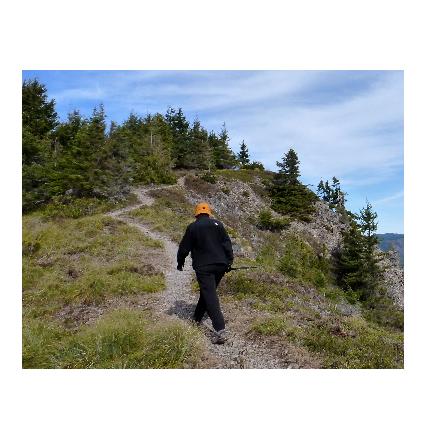 If your are lucky enough to have a special someone whose ideal Valentine's date is to go camping, then you have to go all-out to make the trip special.  A short hike in, loaded down with all the extras of luxury camping.  Not a lightweight backpack by a long-shot. While a bigger tent can be burdensome carrying on the trail, the extra space and headroom can make the camping experience all the more enjoyable.

Nature Girl and I have skied to a remote cabin almost every winter the last dozen or so years.  This year's lack of snow scratched that idea.  The cabin has mountain views, particularly good ones of the Central Cascades' Three-Fingered Jack, Mt. Washington, and the Three Sisters.  We wanted that, but we didn't want to drive too far.

If we couldn't ski, we might as well backpack, so we fished around for ideas and found that there is a hidden gem of wilderness not far from Portland.  The Table Rock Wilderness is in the Molalla River Recreation Area, nearer to Mt. Jefferson than to Mt. Hood.

There is still active logging in the area, so be wary on the roads.  The trailhead is at the end of a road closed by a landslide, and does not require any permit to park.  Except for a short hike through the woods around the slide, the first 1.4 miles of the trail follow the old road, nice and level for the most part.

The main part of the Table Rock trail heads up from the old road (from where the old trailhead used to be), and climbs up into the woods.
There were not many decent campsites, but we found a good one a few tenths of a mile up and set up camp near a stream.  Purple Coltsfoot blossoms were just starting to burst from the ground, a sure sign of Spring. 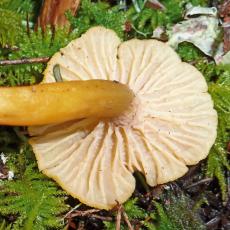 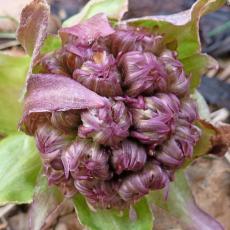 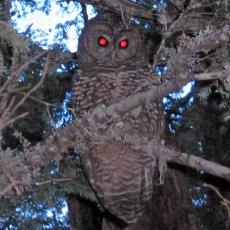 Exploring around camp, we found winter chanterelles and hedgehog mushrooms growing.  An owl perched above our campsite for awhile - not sure if it was a spotted or a barred owl.  We ate dinner in the dark and watched the stars come out through the gaps in the trees. Spectacular stars that night!

The next day we enjoyed a leisurely morning in camp, and then set out for a day hike to the summit of Table Rock.  The trail switchbacks up through the trees, traverses the foot of massive basalt cliffs, and climbs to a saddle with a nice campsite. A spur trail leads another half-mile to the summit at 4881 feet.

What views!  To the north, you can see the buildings of Portland in the Willamette Valley.  Then it is mountains, mountains, mountains!  North to south, the snowy peaks stood out on the horizon:  St. Helens, Rainier, Adams, Hood, Olallie Butte, Jefferson, Three-Fingered Jack, Washington, Broken Top, and the Three Sisters, just to name a few.  There was a sea of other mountains visible, including the Bull of the Woods peaks.  The summit of Table Rock is an ideal place to practice map and compass orienteering skills.  You can take a bearing on so many mountains.

We sat in the sun, dried out our boots, and had a picnic on the summit.  Despite the fantastic mountain views, there was one thing you just couldn't miss:  clear-cut logging.  Many of the hills of the Molalla River Valley were denuded, brown, and zig-zagged with logging roads.  It is a cold sober reminder of how precious our wilderness areas are.  Most clear-cuts are hidden from wilderness area views, but atop Table Rock, it is hard to ignore and not think about.  Other than that, there is wave after wave of green hills rolling away into the distance toward the mountains.

[Mt. Jefferson with the Bull of the Woods Wildeness Peaks in front of it.]

We passed two people on the trail as we headed back to camp for the night.

The next morning we saw just three people and a dog go by on the trail while we were packing up camp.  We got a good dose of wilderness solitude, inspiring mountain views, and intimate encounters with nature. 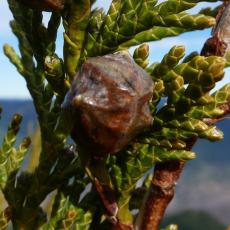 The hike out was easy.  We were in shorts and t-shirts by the time we reached the trailhead, and we had a summery picnic in the sun.  The drive back to Portland was a snap.  Nine miles hiked and 1900 feet elevation gained over two days with two nights camping outdoors in the Wilderness. 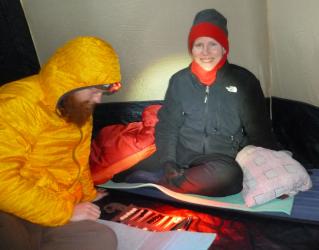 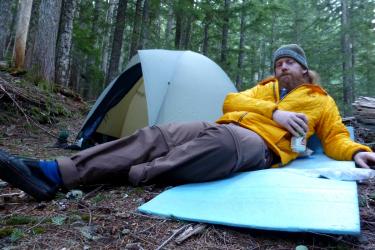 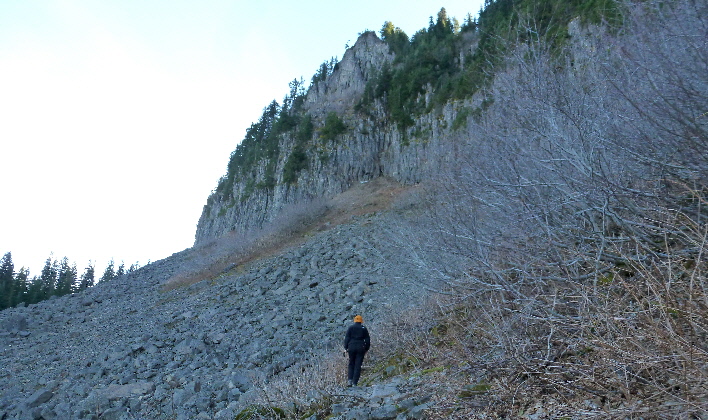 Greg Hill is Lead Instructor-Guide and Program Manager for the Next Adventure Outdoor School, based in Portland, Oregon.
He can be reached at outdoorschool@nextadventure.net.