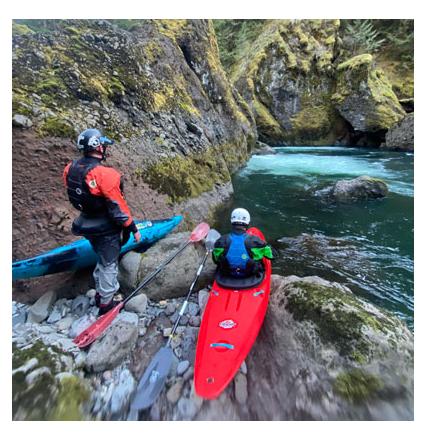 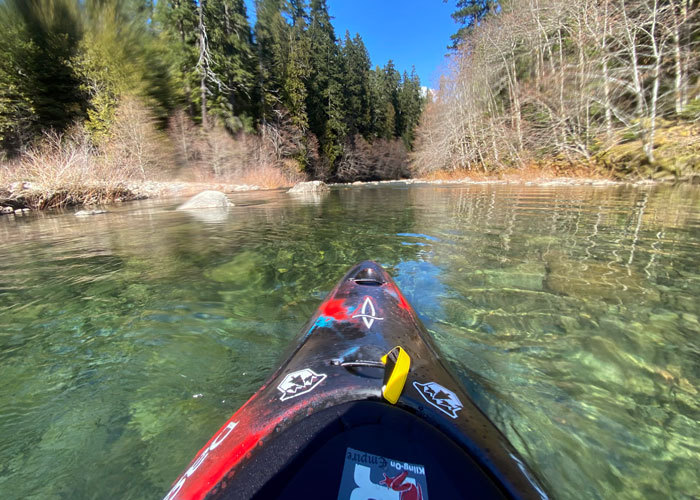 Full Report:
Well, it was a sunny day, and the crew and I were looking to try something new. We’d heard about the infamous “Killer Fang” section of the Clackamas a few times but never been up to check it out. The gauge at Three Lynx was reading 1200cfs and holding. We’d heard the run consisted of some pretty chill class III/IV rapids with great scenery and a portage or 2. I’d say that was pretty accurate. 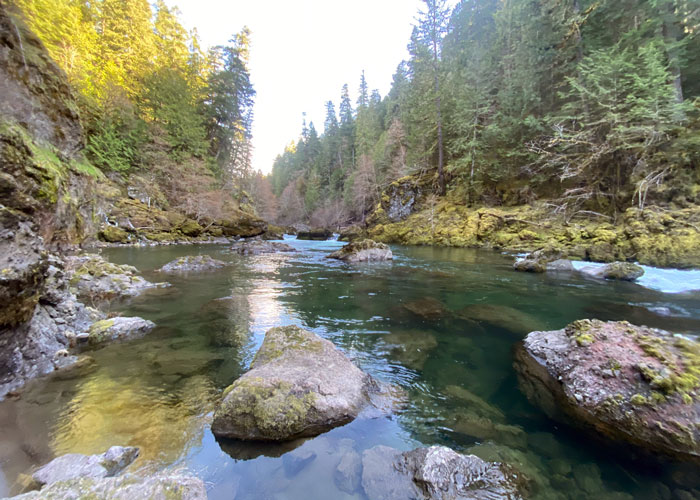 We put on the river at Riverside Campground and had a car set at Sandstone Bridge. The water was crystal clear and slow-moving. 1200cfs is definitely the lower end for this run but still enjoyable. We enjoyed a few miles of sporadic class II/III rapids and a few surf waves. It was so scenic we all wondered why this section isn’t run more often. The rapids seemed to slowly build up in difficulty. There were some amazingly tall spires of rock and thick forests on either bank.

Soon we were splashing through a long and fun class III rapid that put us in front of a rapid with a giant boulder in the middle creating two narrow slots. This is Prelude and is typically run on the left. Be aware the Killer Fang rapid is right after so get ready to eddy out to scout and hopefully portage on the right. This rapid isn’t typically run because it has a huge undercut on the right that would dish out a life-threatening beat down. As usual with these things, there is a line, but it’s not worth risking my life for if you ask me. It’s cool to go look at though. After that portage, be prepared for another scout/portage on the left. This is called the sieve and is basically a tight bolder field with sieves and undercuts. At 1200cfs we were able to run the slot of river left and then ferry back upstream and cut across an open slot. At higher flows, this would probably not be an option. 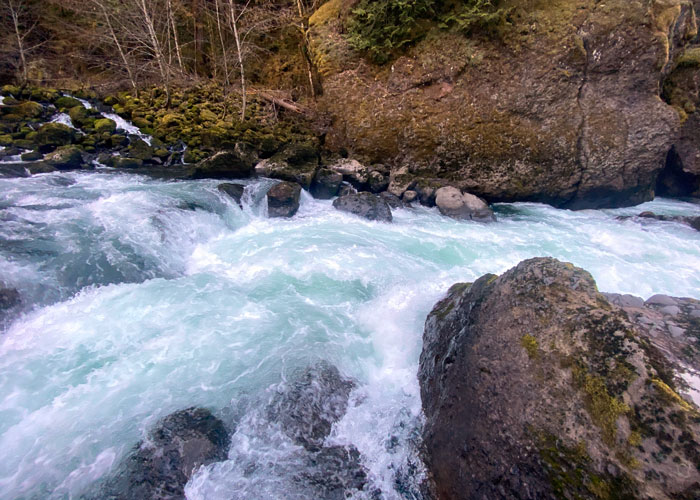 After that, it is smooth sailing until the takeout. I will absolutely do this section again just with some more water. Enjoy the pics and be safe out on the water! 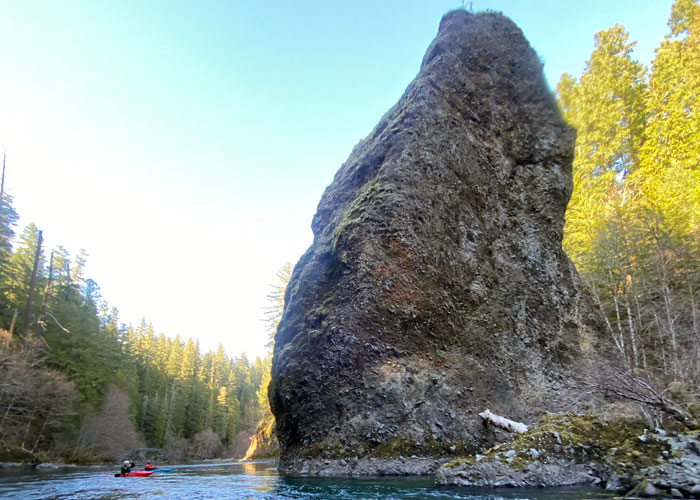