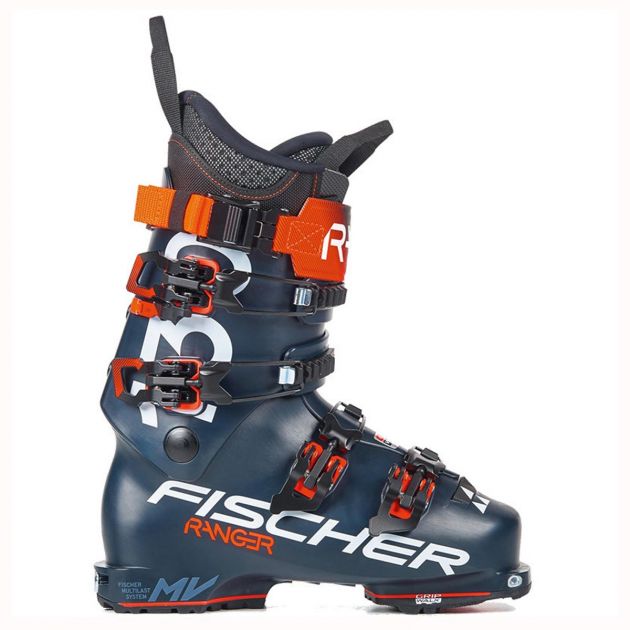 The Ranger 130 is a combination of top features from all Fischer skis for specific use anywhere, anytime. Light and agile shape with reinforced carbon chimney offers excellent stability. GripWalk Vibram soles and an integrated lever for ski / walk mode improve the versatile skills of skiers.

The Fischer Ranger Free 130 ski boots isn't made with Vacu-plast that Fischer is known for -- it's a grilamid shell, so it's light, skis well and is awesome to do custom boot work on.  Fischer's walk mechanism, is placed where it should be -- on the top buckle, unlike most other boots with walk modes that are engaged on the spine of the ski boot.  If you're walking around you're going to want to undo your top buckles, Fischer just makes it a bit simpler.

If you've owned Fischer boots in the past, or tried them on they may have felt a little soft in store or soft for their given flex index, the Ranger Free 130's are true 130's -- 130's that effing rip.  The Ranger 130's walk the line of being really light, 1560 grams and they don't sacrifice anything on the down.