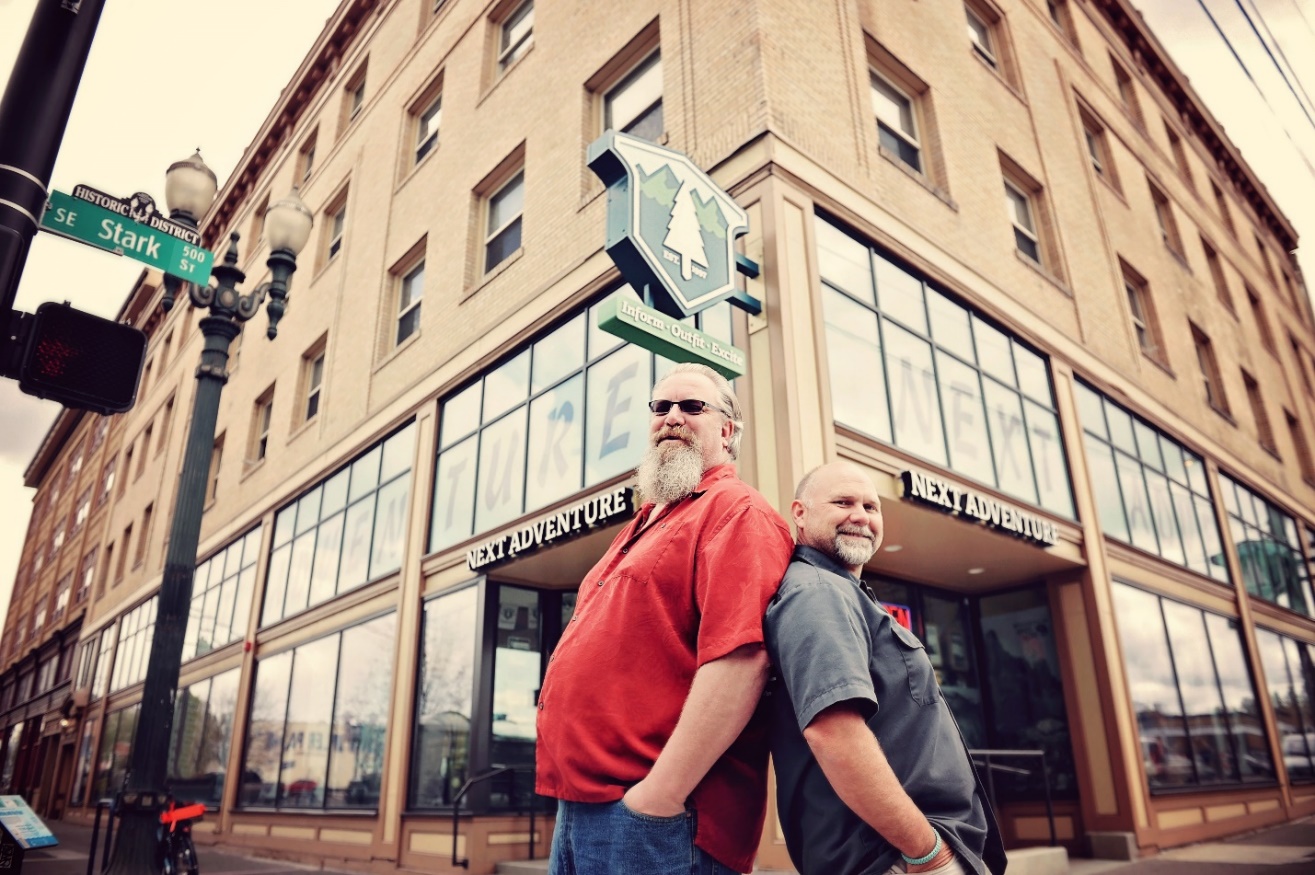 Deek and Bryan really are just “two local guys” who have put their hearts and souls into building a small business that allows them to share their love of the outdoors and support their own outdoor adventures with family and friends. This simple mission has continued to inspire Deek and Bryan, and their staff at Next Adventure for more than 20 years.

So, how did they start Next Adventure?

For three and half years, Deek researched this “new and used” store concept by working in a handful of outdoor gear stores in Seattle and hit hundreds of yard sales in Portland and Seattle. During this same time, Deek had a successful shoe repair business with 12 different locations in two states, selling the majority of them to pursue his dream for what would be Next Adventure. In 1997, Bryan sold his house in Bellingham, Washington, and quit his job of 11 years at Les Schwab Tires to relocate to Portland with Deek to open the store in July of that same year. With two truckloads of used gear in 1600 square feet of retail space, Next Adventure was born. Deek and Bryan opened Next Adventure in the heart of SE Portland in July 1997. At that time, this “new and used” store on SE Grand Avenue was only about 1600 square feet – no bigger than a small coffee shop. Working seven days a week over the next ten years, Deek and Bryan spent most of their days in the store with customers; in the evenings, they focused on buying close-outs and learning the ropes of marketing and advertising; and, on weekends, they hit local yard sales at 7 am to purchase used gear. It was A LOT of time together for these two guys who have been friends since childhood when their passion for the outdoors spurred them to find their “next adventure.”

Way back then with their moms:

If truth be told, their moms were best friends way before Deek and Bryan came around. Cecelia and Sandy met in the first grade and quickly became lifelong pals, which led to them spending family vacations and endless adventures together. Whenever their families would pull up at a vacation spot, Deek and Bryan were always off and running, trying to find that next tree to climb, that next river to paddle, or the next bit of trouble to get into. Though sometimes living several hours apart, Deek and Bryan’s friendship continued to grow as they got older, always finding a way to stay in contact and travel together. 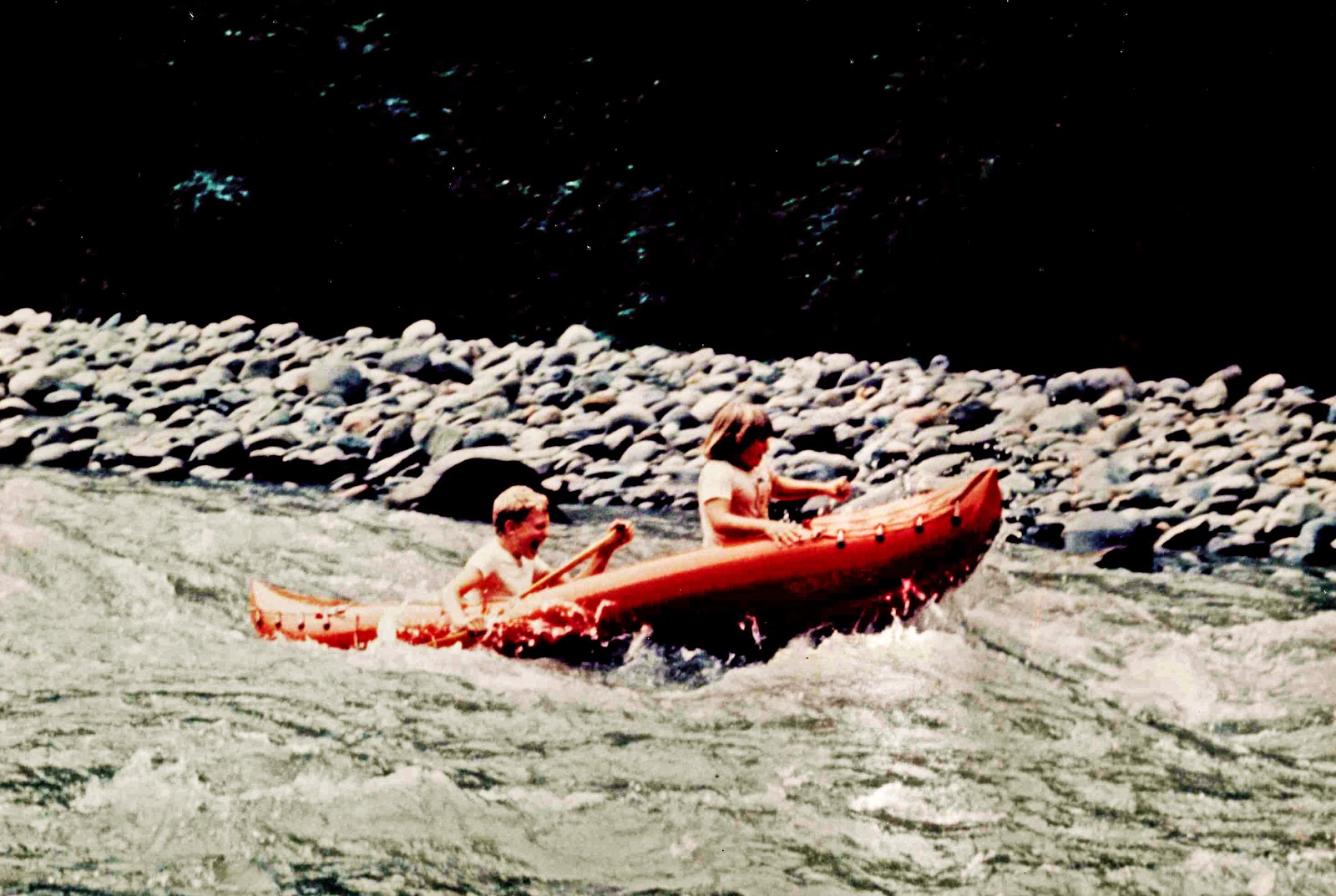 Close and personal with Deek and Bryan:

When looking at them side by side, the two guys couldn’t appear any more different, which is really the strength of their 50+ year friendship and business partnership. Like the two sides of a coin, Deek and Bryan balance each other in customer service experience, business expertise, and communication styles. What they have in common is an undying love for outdoor adventure, a passion that they strive to share. Bryan measures in at 6’4”, with a full head of blond hair and a scruffy beard reflecting his Danish family roots or perhaps a stunt double for “Grizzly Adams.” His booming voice is easily recognizable in a crowded storeroom. Bryan is happiest when cruising the winding backroads or to Sturgis on his Victory motorcycle. He is always ready to go on a fishing adventure, especially for salmon in Alaska and Washington. His innate understanding of customer service and connecting with customers outside of the store have been two of Next Adventure’s primary strengths since the store’s inception in 1997. 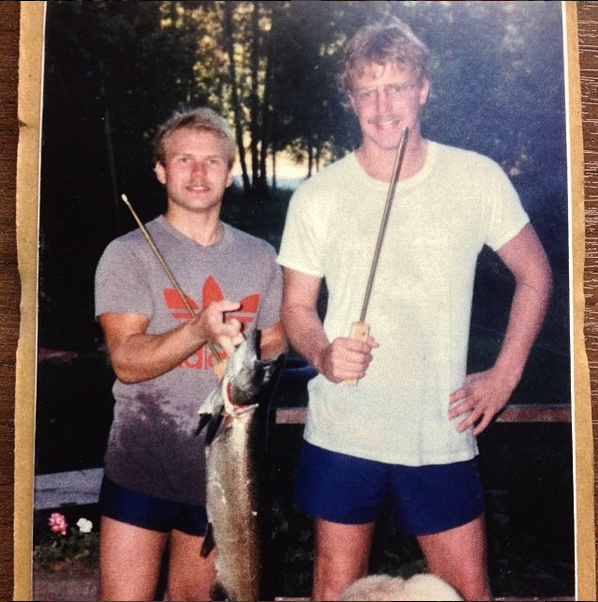 While a full foot shorter than Bryan, Deek’s physical presence and imprint on Next Adventure is equally as big. Deek has considerably less “hair” on top now, claiming that being bald is his natural cooling system and helps him dodge helmet-hair issues. For Deek, this is helpful as ALL of his adventures require protective headgear: whitewater kayaking, mountain biking, and downhill skiing. Deek’s knack for business finance, forecasting and accounting have strengthened Next Adventure’s staying power and its ability to adapt to evolving industry trends, shifting demographics in Portland, and growing needs from budding outdoor enthusiasts and long-time adventurers in Portland. 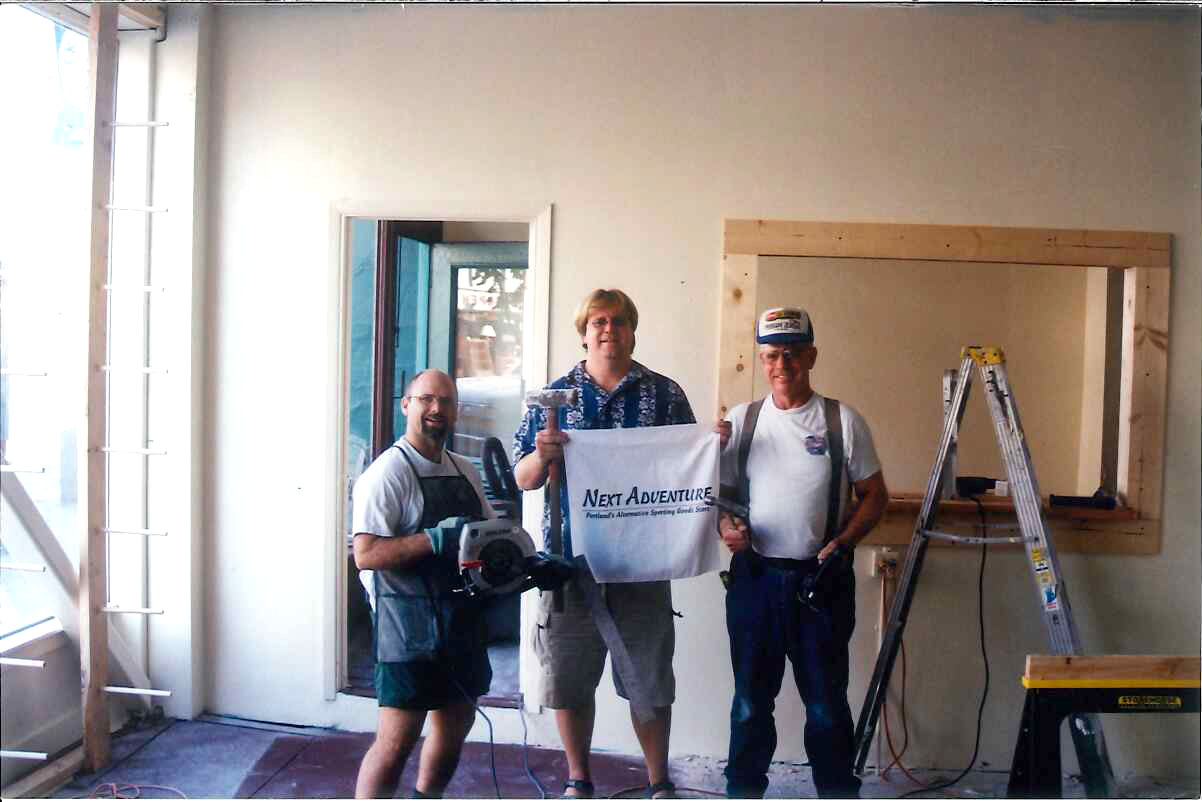 From classes to tours to community events, Next Adventure is an all present voice in the Pacific Northwest outdoor community. Deek and Bryan, along with their one of a kind staff truly believe that every person should have the ability to roam through this beautiful land we call our own. Since the very beginning, they have stayed true to their customers and independent ways; fighting for the little guy and making sure that the outdoors and all of its treasures were accessible to everyone. Deek and Bryan have always been and always will be dreamers and doers. Even after so many years in business, it’s still not unusual to find one or both of them out on the retail floor talking to and helping customers, hauling boats at Summer Splash events or flipping burgers at a disc golf tournament. Deek and Bryan continue to personify the values that inspired Next Adventure – values they instill in all of their staff. 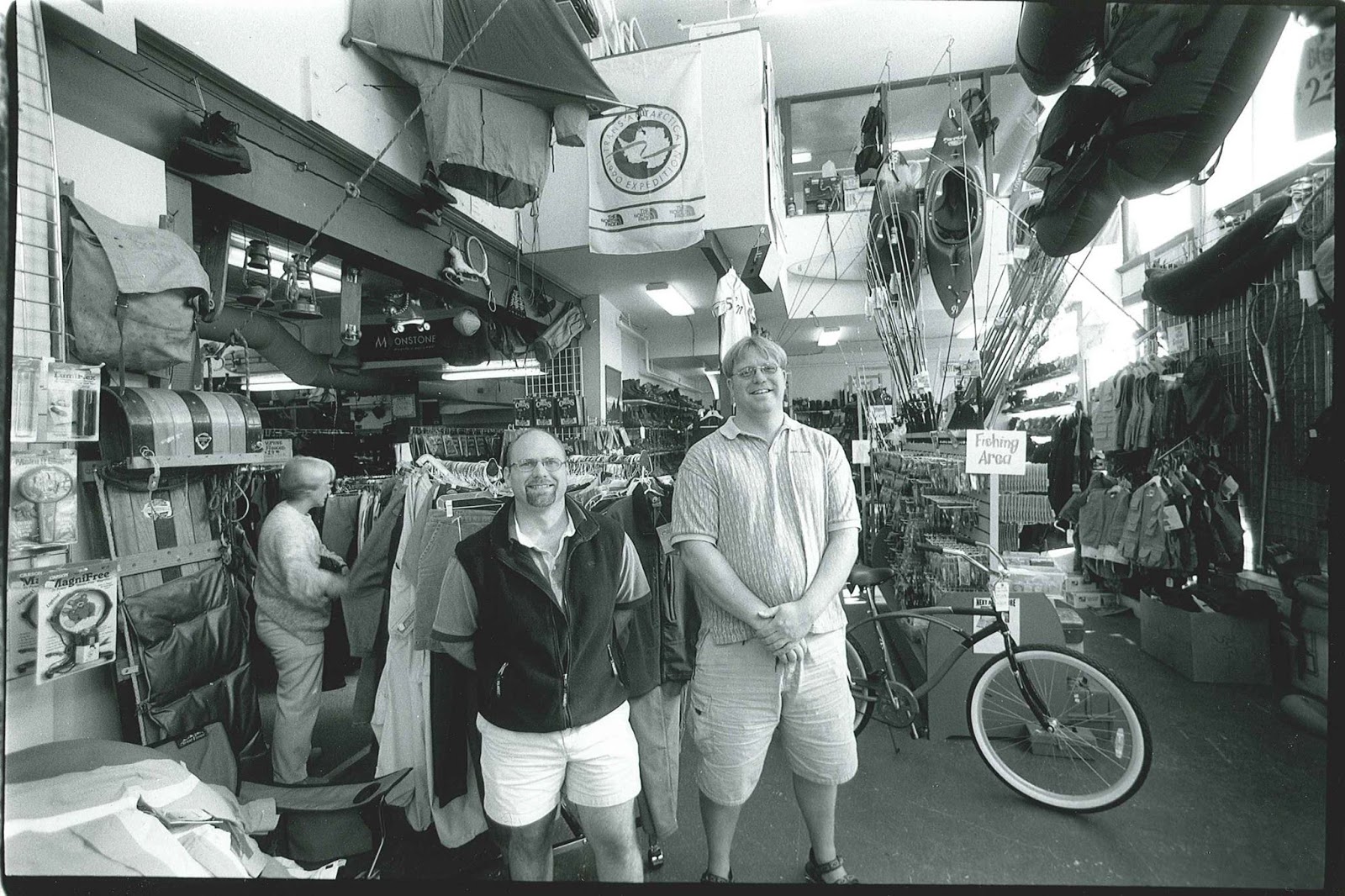